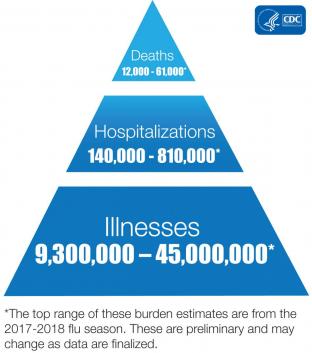 Why The Coronavirus Will Soon Vanish Overnight

For those addicted to the everyday Kool-Aid of corporate tabloid media at CNN, Washington Post, NY Times, Yahoo News, etc. you’re in for a big surprise. Last month’s newsletter dealt with the historical context of our newest Boutique Epidemic. This month we’ll cover why this phantasm is being kept alive, in the absence of scientific evidence. And why it’s about to vanish. Don’t have to be much of a fortuneteller to see all the usual signs falling into place:

We are living in strange times but nothing that we are experiencing was not warned about long ago.
We are just too busy, distracted by design, to notice the persistent patterns.

This is only the beginning (corrected)

The inner is the outer. Our collective psyche, what we call our social ego, projects itself outside as culture which loops back and shapes our personal psyche. What we call consciousness is a house of mirrors. We think we are in control only to find out that what we think has, to a disturbing degree, been implanted. Then, along comes radio, television, computers and the internet flooding our inner-world like Katerina flooded New Orleans. As Jerry Mander noted way back in 1978, in his Four Arguments for the Elimination of Television, many of the problems with television are inherent in the medium and technology itself, thus cannot be reformed, for the common good that is. They can and are being used and manipulated by the very few and powerful to control the rest, meaning you and me.

Mass Education and Mass Media Do The Same Thing, But Differently

Speaking with a colleague whose husband had, what we plebeians (commoners) would call, an aristocratic title, noted, “He was bred to believe he was superior.” From his perspective what we might call arrogant is simply how reality is. When one’s republic dumbs-down into an Oligarchy, as former President Jimmy Carter describes has taken place in the United States, all the underlying assumptions regarding democracy, the rules and morality that govern society we are taught in school are off. We are witnessing what Chris Hedges, John Taylor gatto and Noam Chomsky call class warfare, a very old story indeed.

How Could This (not) Happen?

To help bring some perspective to the shock many are feeling I invite you to hold and ponder together three interrelated points of view.

Traveling with Carly Elizabeth, 22 months today, has been a rich adventure for her and for me. Neither she nor I speak the language. People all around are talking about all sorts of things but what she and I mostly get is energy, hints of emotional context, but very little content. This creates a very unusual vantage point, at least for me. I get to experience, more or less, what Carly is experiencing, and the best word I can think of is energy. Suddenly all the people and things we encounter are big or little, intense or calm, loud or soft tornados of swirling energy, bumping into the other and changing as they react to these collisions.

My wife and I went to a meeting for several hours. When we returned we both remarked that Carly Elizabeth had changed and indeed she had. No surprise here. She is changing every moment. We simply aren’t acute enough to notice. This morning she climbed the wood stairs hefting one of my shoes then scooted down, face first, carefully and skillfully on her way to the leather sofa that she now uses like a baby trampoline, exploring the bounce and uneven surfaces, smiling and uttering a variety of sounds as if to say, “there!” It was only a few weeks ago that she began to walk. Today it is a near constant joyful run. That is how fast her constant changing is.

The shared attention between parents and children, between all of us really, I maintain, is telepathic. Recall Rupert Sheldrake’s studies on feeling watched and with animals. The question, of course, is the degree that we are sensitive and attentive to this subtle radiant communication. Sadly, mostly we are not which leaves our young children, who are innately sensitive and aware, stranded and disconnected.

The Number One On-Line Anything for Children Age Two... What?

It breaks my heart to see the propaganda. The Number One On-Line Anything for Children Age Two complete with college cap and diploma. This happy, smiling fake mouse magically appeared signing off from Facebook. How many hits; 892,469 likes and 50,017 talking about? How many young parents have been lured by the Hurried Child, Baby Einstein, early is better, screen time is educational, get junior off to a good, NO the best possible start, to keep up with the neighbors and the dumb-down standards, competing for that coveted position at the XYZ Preschool hoping she will make the cut.