I love Russell Blaylock. Followed him for over a decade. Read several of his books.

Of Course They Know 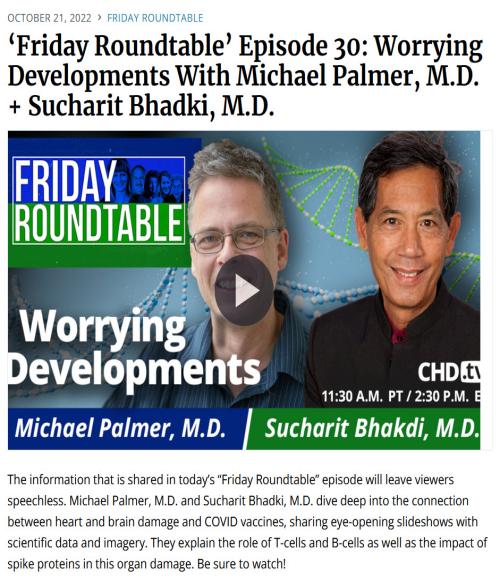 I have been quieter, less vocal about the swirling forces that are dramatically changing the future, my and your children will inherit. After forty-five years, sitting at the feet of David Bohm, J. Krishnamurti, Joseph Chilton Pearce, and several hundred other visionaries; Jean Liedloff, Gabor Mate, Darcia Narves, Ashley Montagu, John Taylor Gatto, practitioners of radical alternative education, prenatal consciousness and more, my view, what I see and feel, stands on this amazing foundation.

Tom Cowan, MD, was kind enough to reach out and explore our shared passion and concerns about education, home and unschooling. You might find the conversation and notes attached useful.

“One of the things that typically happens in an argument or debate is that an individual makes a statement, and moves on to the next subject, theme, or piece of information, and the next, without proving or settling the first one. Then you end up with six bits of nonsense that supposedly make the thing make sense. We are not going to do that.”

The Crisis Is Really Inward

Infertility When Bad is Good

Gee, Look What I Found in the Cornflakes
Or How to Profit from Genocide
Written in 2012, Updated in 2022

The recent film, "Infertility: A Diabolical Agenda," impelled me to repeat observations I shared in 2012, in my article, “When Bad Is Good.” The film exposes and explores perhaps the most politically sensitive agenda of all, intentionally planned mass infertility, which is in effect, the deliberate depopulation of humanity. Infertility: A Diabolical Agenda, reveals the strategic genocide of future generations and who is manipulating this life-and-death agenda. See the film:

We begin with a simple question; is the link between impaired fertility, vaccines, genetically modified food, and herbicides, a coincidence?

Crossing the street, a bright 20-something gal said,” We should have a test to be sure young people are qualified to have kids.”  “What if they don’t pass the test,” I asked? ”Well . . . they shouldn’t be allowed to have children.” “That’s what Hitler thought and it led to the Holocaust. In his mind a good thing.”  “No way,” she said.

On Tuesday, the Federal Bureau of Investigation released a report titled “Active Shooter Incidents in the United States in 2021,” which logged sixty-one mass shootings last year.

Please don't read on the screen. Download and Print the PDF