A Different Kind of Greed 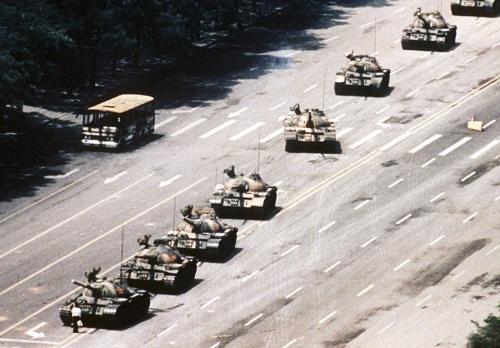 Keep a copy of Ryan’s book ‘Stillness’ by your bed.
Read it each night like a prayer.

Those driving the brand called COVID are like termites. The real damage is done in darkness, beneath the surface, relentlessly. What we see, 99.99% scripted media, is all surface. A dreamlike-nightmare. Everything is twisted; good is bad, bad is good, counting cases not illness, sleepwalking psychoses, sane is crazy and crazy insisting it is sane. The new normal.

Like the US Civil War, the lines have been drawn. Hidden behind useless masks it’s hard to tell; Yankee or Rebel? But then we see a glimpse:

Civilized societies, which began perhaps around 10,000 years ago, make up less than one percent of humanity’s presence on the planet. Prior to the gradual emergence of herding and farming communities, over 95% of humanity’s existence was spent as small-band hunter-gatherers. As the neocortex grew, with its astonishing capacity to create inner images not present to the senses, abstracted images filled human consciousness, pushing aside nearly all ‘other’ ways of knowing and relating. As abstract knowledge grew, so did its power to enchant. We lost track of what the mind is doing and assumed the image is real. Reification created a false virtual reality, mistaken as real, in which past knowledge, culture, personal identity, and ego, with their implicit conflicts, dominate. Technology magnified the excluding nature of this virtual reality, amplifying and broadcasting it simultaneously around the world, capturing humanity in a homogenized Global Brain, that is dominated by an easily manipulated artificial reality.

How do you write the word Christmas?

Preface: Human development is model-dependent. Of near-unlimited possibility, only those capacities that are modeled in the environment will open and develop. No model, no capacity; summarizing Joseph Chilton Pearce on the ‘Model Imperative.’ Joe often shared that a lack of modeling can cause a complete capacity to disappear in one generation, with the new generation not missing or even being aware of what has been lost. This sets the stage for what we describe below as ‘The Missing Mind’ and the way symbolic-metaphoric language, science, and technology empower and blind.

The overwhelming power of the neocortex to create mental images shapes human consciousness. Language is a defining force. The form, structure, and pervasive use of language pre-defines and organizes what we perceive, including how we perceive ourselves, and this, of course, implies how we relate to everything.

Physicist David Bohm described how matter dissolves seamlessly into energy. There are no sharp edges that define a ‘thing’ from something else. Edges that define are more a statement of the observer’s point of view than the ultimate nature of what is being observed. The structure of the human eye, for example, persistence of vision and other qualities, ‘represent’ the swirling movement of energies, two-parts hydrogen plus one part oxygen, as a stream. There is no stream as an independent ‘thing.’ What we experience as an independent thing, a stream, is a representation, an appearance. The movement of various energies ‘appears’ to be independent and solid. That ‘thingness’ disappears at finer resolutions.

It is astonishing the number of people who compulsively wear their facemask, like zipping up their pants, driving alone in the car, or walking down the street. Like the frog in the pot story, habits form quickly and become reflexes. What was unimaginable a short time ago becomes the new norm and people don’t seem to notice the difference. Even our representatives in Congress.

Our challenge is inner, not outer
to not identify with what Buddhists call ignorance
that fundamental misperception of our true nature
with its implicit evil brewing in ourselves, others, society
what we do to the earth and every living thing

Only then, free from ignorance
can we see clearly and do what must be done
without creating more of what we shun

Gallup asked, “What percentage of people infected with COVID land in the ER?” More than 90% of Democrats and 75% of Republicans got it wrong. 41 percent of Dems believed that half or more COVID patients end up in the hospital after contracting the virus. The correct answer is one to five percent.

This discrepancy between perception and reality reveals a stunning portrait of the bias, even lies and intentional distortion woven throughout the COVID propaganda, which translates into irrational fear. The sky is indeed falling for many.

Just now, halfway through The Real Tony Fauci, Bil Gates, Big Pharma and the Global War on Democracy and Public Health, with citation after citation indicting, yes, the ring leader, and his well-greased, meaning paid and rewarded, accomplices, I closed the book and sat in silence.

Nearly everything we know about our personal health, the health of our children, and public health have been scripted, with that script being repeated thousands of times by corporate and social media actors pretending to be journalists, controlled and funded by the same self-aggrandized accomplices, from the advice we receive from our personal physicians to the emergency need for lockdowns including; masking and isolating the entire global population, never-ending forced injections of experiential stuff, to having to show your papers before entering the local restaurant, a relative’s home, the market or bus; robust, healthy, immune, or not – forever.

Lighting the Flame of Change

Turning the pages of The Real Anthony Fauci, Bill Gates, Big Pharma, and the Global War on Democracy and Public Health reads like a detective meticulously walking a Grand Jury through a global, highly organized crime scene. 450 pages, over 2,000 citations, revealing how out of 600,000 Americans who died, 85%, 510,000 could have been prevented by safe, inexpensive early treatment, that was intentionally, strategically blocked, censored, and withheld, compelling the global health care system to force and have victims pay for highly toxic and expensive alternatives. A pattern that has been repeated for decades. Over 6,700 doctors signed the Rome Declaration calling this willful withholding of life-saving treatment a crime against humanity. You will never look at the medical industry, government agencies, or prestigious medical journals the same.

In my post On Being Dissident, Vaclav Havel describes how an invisible force, latent and mysterious, bursts into human consciousness and people stand together and simply say “no,” and in that instant, the world changed. Ordering and sharing Kennedy’s book is a powerful way of adding your personal energy to this magical force. Please order and share five or more copies. Below is my correspondence with Robert Kennedy, Jr.

Thanks for that generous offer, Michael. I’m looping in my publisher and CHD Director.
Robert F. Kennedy Jr.