A Message From the Future

Is it hard to be positive? Please take a ride with Alexandria and and find out.
mm

By Naomi Klein, The Intercept 19 April 19 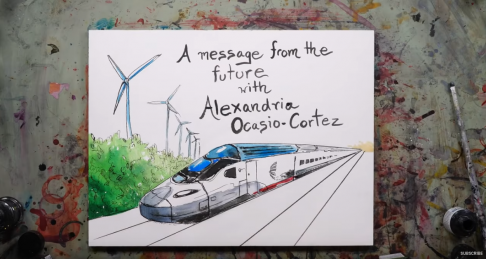 “Experience isn’t the best teacher. Experience is the only teacher, experiences to give names to.”
Bev Bos, one of the most respected early childhood educators of our time.

Changing The World From The Inside Out

This must be the way European Jews felt as the roots of the Nazi holocaust began cracking through the pavement we call civil society; this emanate premonition of some unknown but certain horror rising. I remember reading the memoirs of one such European describing the slow, steady creep and how most dismissed it or shook their head pretending.

I was thirteen on November 22, 1963, and had no idea what really happened the day John F. Kennedy was assassinated. Something dark struck the heart of our nation that day and it never recovered. Tuesday, September 11, 2001 marks another moment when the world changed. The same, I’m sure, will be said of November 8th, 2016.

Some did not recieve Enlightment is...
We are resending.

I hope every parent is knocked off their chair by the astonishing capacity their child exhibits every day. Recall – 700 new neural connections every second and each branch touches 10,000 to 20,000 other branches. Unbelievable! The environment is the teacher. Life, the senses, relationship and now names (times two) is the curriculum.