Understanding How All The Pieces Fit

It is impossible to understand what happened in 2020, how it changed the world, and its continuing momentum, by looking at the headlines, any more than you can see the big picture of a large jigsaw puzzle by studying one piece, or two or three, especially when the pieces don’t fit together, intentionally.

Stepping Out of The Game

Stepping Out of The Game

Natural life will only remain viable if we collectively step out of the game and forge a path towards healing ourselves and the earth.

Abstract: What follows, Stepping Out of the Game, What Does Freedom Feel Like? defines culture and its function as a conservative set of relative and abstract filters or beliefs designed to limit and constrain human behavior. Implicit is a biological-cultural conflict between our authentic nature and those behaviors predetermined and accepted by the limited set of behaviors approved by culture. The primary role of enculturation is imprinting each new human being with the approved set of acceptable behaviors. This is accomplished by the child building an internal image of themselves, the social-ego, by comparing and mirroring their degree of conformity. Once created, most effectively with the unfolding and development of verbal language, the internal social image is updated, moment by moment, by parent approval or punishments, and by various cultural institutions, such as compulsory schooling, the church, and other social hierarchies. Understanding the reciprocal and mirroring dynamic between the outer culture and inner image, we discover that they are one process, viewed from two perspectives, inner and outer, micro and macro, and share the same essential function, to predict, limit and control human behavior, at the exclusion of humanity’s vast and unknowable innate capacities. The primary means of cultural control is through the image. Having an insight into the nature and function of the social image, or personal ego is like seeing behind the trick of a magician. The illusion loses its power. This translates into a quality of freedom that few ever experience. Complete attention is given to meeting the challenge de jure, rather than splitting attention between conforming to cultural expectations, winning, for example, or not failing, and pure learning and performance for its own, intrinsic value and pleasure, not prejudged by culture. Athletes call this state of freedom the Zone, researchers call it Flow and children call this state Play. The common factor is freedom from the limitations and constraints imposed by the cultural image. No longer being defined by culture, we reset our default state of consciousness to express our true authentic nature, which is nature in its vast, fullest potential. This fundamental reset to the natural order of the mind, how it redefines thought and imagination as tools in the service of our authentic nature, is now a matter of species survival.

Ten-week exploration of Joseph Chilton Pearce, his life and insights

Posted on Thu, 01/09/2020
Profit From The Harm They Cause
In 2012 it became clear, at least to me, that there was a hidden agenda to reduce human population. Further, the primary strategy would be stealth biology. See, When bad is good So shocking were the implications that I sat on the essay for several years, appreciating that it would appear, and be neutered, as some nutcase conspiracy. In that draft, it was clear that the cartels that shorten the lives of human beings or prevent their conception would profit from the harm they caused. Yesterday, in Albany NY, Robert F. Kennedy, Jr. made the same claim.

What I learned in 2020 was sobering, frightening, and in a way, liberating. Dissolving dogma is, after all, freeing. Like you, I struggled to make sense of daily nonsense. Nothing really fit. In many ways, it still doesn’t. I needed a pair of 3D glasses to see what really held these world-changing events together. Then, click, I got it.

First, being a filmmaker, it was crystal clear that everything being presented in mainstream media is scripted. No exceptions. Newscasters and most writers are paid to pretend they are journalists.

It doesn’t take much digging to realize that most of what you see on mainstream media and social media — including Google, Twitter, Facebook, and YouTube — is being cleverly manipulated with sophisticated propaganda derived from decades of data stolen from you and the rest of the population by Google. If you rely only on these mainstream media, you will only hear the official propaganda narrative about the pandemic, because everything else has been censored — everything, 100%.  Mercola, 5.1.21

Following, deepening and expanding the legacies of Ashley Montagu, James W. Prescott, Joseph Chilton Pearce, and many others, Darcia Narvaez, a Professor of Psychology Emerita at the University of Notre Dame, ranked in a 2020 analysis in the top two percent of scientists worldwide, launched The Evolved Nest. https://evolvednest.org/

Each of us is, as the title of one of Joe’s books describes, Evolution’s End. We are each that tip of living essence, like a blade of grass pushing through concrete slab of our conditioning, habitual and reflexive behavior. There is little or no intelligence in a reflex, David Bohm notes. We have 50,000 to 70,000 thoughts each day and nearly all are replicas of what we thought yesterday. Krishnamurti describes us as second-hand human beings.

“The Life and Insights of Joseph Chilton Pearce, edited by Michael Mendizza, reveals how Pearce, a modern-day sage, endowed with the courage, strength, and perseverance to challenge conventional world views, offered humanity original and penetrating insights into our transcendent nature and vast creativity. Joe’s brilliant and original works represent a profound and important contribution toward healing our global dysfunction and ensuring the healthy development of future generations.”

Bruce H. Lipton, Ph.D., stem cell biologist, epigenetic science pioneer,
and author of The Biology of Belief, The Honeymoon Effect, and many others.

“Pearce was an inspirational figure, a small giant.
He soared higher than I aspire, or most people can.”

A dream that began in 2010, weaving together in one volume the themes that inspired Joseph Chilton Pearce for a lifetime, is now available.

I share without hesitation that Joe’s passion, his direct experience, childlike wonder, and incisive questioning lead to original insights; a deep and penetrating blend of developmental biology, the epigenetic role society, and culture plays in human development, personal revelations that quantum scientists are just now perusing, practical Vedic wisdom, and a vision of self and reality that explains and even makes assessable what most consider to be miracles. He opened the doors of perception for more than his generation, in ways that can, if understood and applied, radically change the future for us all.

The Easter Bunny is Real

What is the Easter Bunny and is he or she real? 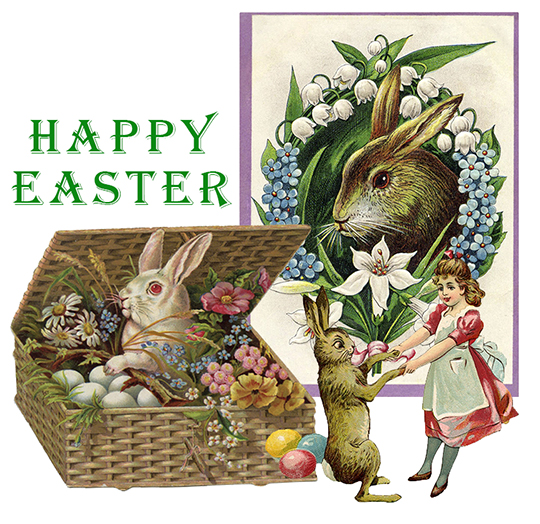 A vegan colleague suddenly had trouble walking, then discovered that systemic cancer was the cause. Within weeks he found himself in hospice confronting a moment we all will face. As part of our ongoing conversation I shared;

The We Are The Expendable Farmer

My last post, Machines Can Never Love, explored how the current global crisis is not a spontaneous event, rather a snake-like constellation of dark forces that wind back in time for decades, even centuries. To understand what is taking place today one needs to see this continuity and how it is attempting to define our future, if we let it.