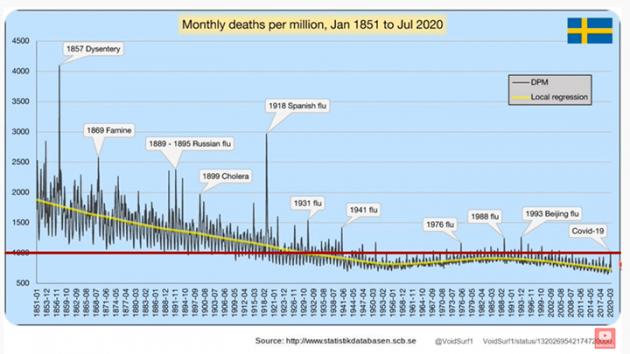 A Sustainable Identity for Humanity

Thomas Berry: Rediscovering a Sense of the Sacred
J. Krishnamurti: A Sustainable Identity for Humanity

The Empire Strikes Back

News organizations and journalists who raise legitimate concerns about Operation Warp Speed will be de-platformed to make way for the “required” saturation of pro-vaccine messaging across the English-speaking media landscape.

Among the websites cited by Ahmed’s organization as promoting such “extremism” that poses a “national security risk” were Children’s Health Defense, the National Vaccine Information Center, Informed Consent Action Network, and Mercola.com, among others. See below.

Something is going on but the numbers don’t mean what they say they mean. That’s the trick, the illusion. When intentional, and this event is intentional, that’s fraud. The entire event, soup-to-nuts, is misleading by design - to create fear. The truth is:

We have vilified the very process that has built human life on the planet.

Current estimates; we have 1031 viruses in the air around us. This is 10 million times more than all the stars in the known universe. And these are just the viruses in the air. To this, we need to add 1031 viruses in ocean water and 1030 viruses in the soil. The human body is home to 36 trillion viruses, including Corona, and 38 trillion bacteria. Viruses are so small that they float in the stratosphere, raining down on every inch of the earth’s surface every day. We are swimming in an ocean of genomic information.

The very means by which we try to solve our problems is the problem. David Bohm

Allowing David’s insight to sink in forces a complete reexamination of our approach and our priorities - to everything. With this in mind, below are a number of concepts that may be new; attention is different from thought or cognition, knowledge, memory, and imagination are not intelligence, attention has different qualities and capacities that can expand, personal identity is reality shaping and defining, conditioned thought and associative memory represent a tiny fraction of our neural activity, personal identity, the social-ego and culture are two sides of the same coin, both emanate from a common source, there is a reality behind the appearances our brain creates, true self-knowledge involves exposing and facing misconceptions about ourselves and more. Some care may be needed as we proceed. Shall we?

The root of our personal and global crisis is a Bio-Cultural Conflict or, a clash between our true nature and our imagined and abstracted thoughts, images, cultural beliefs, and conditioning, which together express as our social ego and culture.

News isn’t news. This world-changing COVID event is a clever twisting of image and data, delivered in daily doses through the most direct and powerful propaganda network ever conceived. As a filmmaker I always ask – who is producing the show? Who is writing the script? 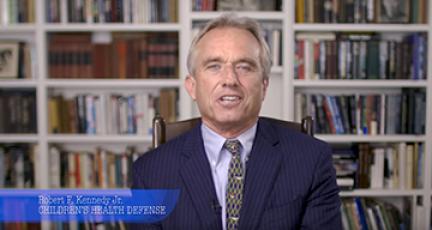 Doctors speak out challenging misinformation and censorship of the non-mainstream-COVID narrative. It has taken some time but truth, science - not scientists or academics that are paid to promote - attorneys and, in growing numbers medical professionals, are standing up and standing out. Below is a group of Physicians before the United States Supreme Court (what’s left of it). Watch the video.

First a realistic perspective.
The overall estimated infection-fatality ratio for COVID is 0.00003 to 0.005 up to age 69, which is far less than Tuberculosis and many other conditions that have never prompted global lockdowns, forced isolation, distancing, and compulsory maksing of the total healthy population of the world. That's crazy.