Two for one this time.

School is in. Mandatory vaccinations are up. A whistleblower comes clean regarding the Center for Disease Control cover up and fraud regarding documented statistical correlations linking vaccines to autism. Please see the two important videos.

The Buddha spoke of emptiness. Krishnamurti called it silence. Both are referring to a heart and mind unfettered by the noise generated by words, symbols and social conditioning. Such is the body, heart and mind of Carly Elizabeth, now six weeks old.

MANDATORY Vaccinations of YOUR children are up. 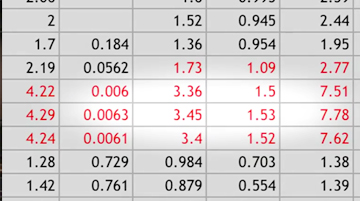 How do you protect yourself and your children?

Be informed. Say no! Say it loudly. View the video. 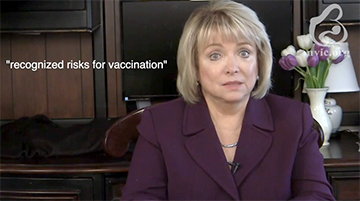 What I Learned Today

I wonder if all parents experience the awe, this unimaginable complexity and mysterious unfolding? How is it possible? The union of two cells explode and become Carly Elizabeth; heart beating, ten fingers and ten toes, deep gray-blue eyes, sensing, learning, changing every moment, never to be quite the same again, like all the stars and the sky, and just like you and me. Surely every parent must, in their own way.

How big? The arctic has been sucking up carbon in the form of methane for millions of years trapping it in a prison made of ice, 1,000 to 10,000 gigatons, compared to 240 gigatons humanity has emitted into the atmosphere since the industrial revolution began. Now the arctic ice is melting releasing this prisoner into the atmosphere replicating on a super-fast track the conditions that triggered the Permian-Triassic extinction,250 million years ago that snuffed out more than 90 percent of all life forms on the planet. At some tipping point this big fart will burst free.

How Can So Many Deny So Much?

Over fifty years ago James W. Prescott, PhD, noted that an absence of what we call bonding is neglect or abuse. Researchers at the McLean Hospital identified four types of permanent brain abnormalities caused by early childhood abuse and neglect. These and other studies confirm what Prescott and associates discovered in the 1960's and 1970's; that lack of affectionate, intimate contact between mothers and infants during the most sensitive periods of brain growth may result in permanent brain abnormalities associated with juvenal and adult patterns of depression, substance abuse, eating disorders, aggression and violence.

By some measure violence is down. The sensational home run violence, mass shootings are up, along with the exponential increase of SWAT teams using military armaments and shock-and-awe tactics against living room poker games.

The less bonded we feel to other human beings, nature and the environment the more likely we are to feel defensive and in a completely industrial, virtual, technological society, the quicker we reach for that .38 tucked under the pillow.

Violence is Failed Bonding/Attachment - Continued
Two key points: violence, along with a long list of other maladies; depression, ADHD, addiction, chronic stress related diseases, child abuse, domestic violence and rape are expressions of failed or impaired attachment AND the biological fact that males are more vulnerable than females focus our attention sharply. At least it should, but often doesn’t, which is indeed curious. For some strange reason the closer we tread to the heart of violence the more our attention is distracted, rendering us less capable of embracing and embodying the truth.

Violence is a Failure of Bonding/Attachment

We, or at least I, often rationalize violence. After all, it is normal to pound a fist or scream when frustrated and angry. Anger is normal. Einstein’s protégée, David Bohm, defined violence as any excessive use of force. Slamming a car door when one could gently close it. Violence is natural. Or is it?

Applying Gabor Mate’s insight into addictions: The question isn’t why the addiction. The real question is; why the pain?

We are alive and we know it. What an amazing gift that is. Of all the matter in the universe an infinitesimal speck is alive and of that, a minuscule, ever so tiny layer has evolved the capacity to be aware of the miracle being aware is!

For better or for worse this gift of being aware involves imagination. Yes, we can imagine. This magical elixir of the gods bestows the ability to participate in creation itself, to participate in the ontological nature of our own being, our own becoming, existence, what we call reality, and is what friend and mentor Joseph Chilton Pearce calls Evolution’s End.