Every time we have intellectually interfered with a billion-year-old process, that intellectual interference has been paid for with a bitter price. And intellect never learns. If we can make money off of it, anything goes.

Swirling and turning in this mad world we create, unintended consequences seem to percolate up like gas bubbles bursting in murky waters above the La Brea tar pits. Speaking to a colleague I mentioned casually, “You know the controversy surrounding 5G?” He replied, “Do you know Peter Diamandi? He’s the Founder and Director of the Singularity University, https://su.org/. Here is the link to his keynote on YouTube. Near the end he speaks about 5G.” https://youtu.be/ZeHoFuOtUp8. Later, I looked at the keynote and the Singularity University site:

Anyone can change the world: We equip leaders, organizations, and startups with the mindset, tools and network to tackle the worlds’ biggest challenges, to make a lot of money, and help humanity. The Future of AI: Seize the Opportunity… 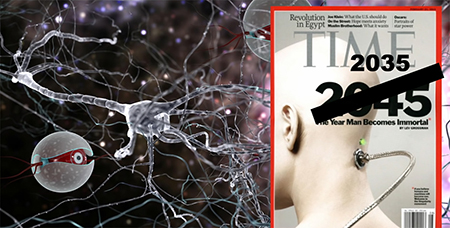 I described how I’m petitioning our local City Council to place a moratorium on the implementation and testing of 5G, until it is proven safe. Why you should be concerned about 5G. I encouraged him and you to download my appeal, review what is involved and consider why I’m doing this. It will provide the necessary background to understand and appreciate Joe’s statement above, especially when you compare and contrast Peter Diamandi’s world view and that of Professor Emeritus, Martin Pall, who I introduced to the City Council in my latest memo. In it I describe a startling realization, an epiphany:

Over 20 years ago the telecom industry claimed that the microwave technologies used in Wi-Fi and cellular communications was safe because it did not produce high enough, or dangerous enough, levels to cause thermal damage to the body. It did not boil the brain, which in fact, was not true, but they got the theory accepted by the FCC, which they controlled. As it turns out, it is not the thermal radiation that causes the most damage to living organisms, it the non-thermal impact of radiation that causes the damage.

When the proposed 5G network was rolled out, the FCC, again a captured agency, decided that its 20-year-old safety standards were good enough and applied those grossly inadequate and outdated standards to this new technology that is 500 more intense than current technologies, 3G and 4G. In doing so, the FCC refused to consider more than 14,000 studies that demonstrated these old standards were not only outdated, they were fraudulent. Several lawsuits have been filed against the FCC to expose this.

Please consider that we are conscious of only a tiny percent or slice of the energies affecting us. The misleading thermal model considered only the intensity of energy needed to heat the head. Professor Emeritus, Martin Pall, in the paper below, describes the intensity of energy needed to alter a cell and even a molecule. Compared to a bowling ball size head, a tiny change in electromagnetic force can and does cause enormous changes in molecular and cell function. Professor Pall describes how the cell wall is extremely sensitive to electromagnetic frequencies, which are, in fact, part of the cell's normal and natural functioning. Compare the intensity necessary to heat up a bowling ball size head to the force needed to affect a single cell, which is where the real-life and death action takes place. It is a paradigm shift.

Extremely low-level, microscopic changes in EMF frequencies, which the body naturally produces, activate essential functions in every cell of our body. The non-thermal radiation produced by wireless technologies; Wi-Fi and cellular communications, 3G, 4G, and the exponentially more intense 5G, being artificial counterfeits of the EMF energies produced by the body, cause severe and systemic harm to biological life, at levels infinitesimally lower than the forces needed to produce thermal changes in the body. The damage done is at a quantum level, and we are looking through the eyes of Newton.

To grasp the cognitive dissonance this post is intended to produce, you have to take the journey yourself. I invite you to first view the rich and profitable future Peter Diamandi insists technology will bring. Second, read my appeal to the City Council, Why you should be concerned about 5G. Third, download and review carefully Martin Pall’s latest paper, published just a few days ago. Massive Predicted Effects of 5G in the Context of Safety Guideline Failures. Very High-Level VGCC Sensitivity to Low-Intensity EMFs and Especially to Pulsations. And forth, read the interview with Professor Pall, produced by the 5G Crisis summit, which describes in more detail the mechanisms involved at this microscopic cellular level.

Wait, there is more, a second related epiphany. Working closely with a number of twenty-year-olds, the relevance of suicide, social anxiety disorder, and chronic illness floats in the air. In a recent staff meeting, I shared a paper on why ‘clean,’ meaning organic, is not optional. I explained the relatively new research about gut microbiome and health. We discussed how the average person consumes a credit card in nano-plastic particles every week, and how widely used endocrine-disrupting chemicals mimic hormones, estrogen in particular. See Peat Myers: https://ttfuture.org/academy/904.

I shared a number of charts that explain why we need to eat thirty-six apples today to get the nutrients found in one apple in 1950. Graphs showed how we have ravaged the soil, which is a microbiome just like in our gut, with chemicals and pesticides, such as Glyphosate (RoundUp). The higher and longer our use of chemicals in the soil, the lower the mineral content in the plants we eat, and the higher our chronic diseases; cancer, heart disease, dementia, the full list. Here is the epiphany; the microbiome in the soil is the same as in our gut. What we do to the soil, we do to our immune system. The soil is our immune system. They are the same system.

All the promises from Monsanto about greater crop yields in our food supply is the same promise that the tech companies are making about the future paradise that 5G and all the neat things we can do with greater bandwidth will bring. Except for the unintended consequences. In delivering its promise Monsanto killed the soil. If Professor Pall is right, 5G will kills us and many other life forms. Glyphosate is an antibiotic to the soil microbiome with unintended consequences.

Environmental toxins in food, water, the air, plastics, products, vaccines, pesticides, and more have dramatically impacted the health and wellbeing of children and adults. As a direct result, children have never been sicker. 54% of American children have serious chronic health conditions according to a survey funded by the U.S. Department of Health and Human Services (HHS), including neurodevelopmental disorders; autism, ADHD, asthma, allergies, mental health/behavioral disorders, obesity, and many more. Suicide is the 2nd leading cause of death among children and adolescents ages 10-24, and the 3rd leading cause of death among 12 year olds. Nearly one of every eight children between the ages 6 and 12 has suicidal thoughts. That did not happen when I was a kid.

The number of men and women with Alzheimer’s disease is expected to triple in the next 40 years, according to a new analysis of U.S. Census data. Researchers estimated that 4.7 million Americans aged 65 and older had Alzheimer’s in 2010, or about one new case every 68 seconds. The number will triple to around 13.8 million by 2050, according to their estimates. What will happen when we plug these brains into the internet-of-things, as Peter describes?

The tragic Greek myth, Prometheus, is one of hubris unleashing unintended consequences. The correlation between 5G and serious, chronic health conditions of 54% of our children, happens at the microscopic, invisible, and ever so sensitive cellular level.

Like Prometheus, Peter and his billion-dollar Silicon Valley startups to save the world, falsely assume that Artificial Intelligences is intelligence. Billions of bits of data are not wisdom, not empathy, not compassion, not insight. Flooding the brain with the internet-of-things is not intelligence. Something much deeper, as David Bohm and Joseph Chilton Pearce, shared years ago, is needed, and that something is not in the data.

We are faced with a breakdown of general social order and human values that threatens stability throughout the world. Existing knowledge cannot meet this challenge. Something much deeper is needed, a completely new approach. I am suggesting that the very means by which we try to solve our problems is the problem. The source of our problems is within the structure of thought itself.
[Note: that structure includes AI]

Every time we have intellectually interfered with a billion-year-old process, that intellectual interference has been paid for with a bitter price. And intellect never learns. If we can make money off of it, anything goes.

Do review the links.

Peter Diamandis keynote: https://youtu.be/ZeHoFuOtUp8
Why should you care about 5G
Massive Predicted Effects of 5G in the Context of Safety Guideline Failures
Martin Pall Interview
Why clean (organic) isn't optional