Promise First Do No Harm

We forget. Nonviolence begins in the arms of nurturing mothers and fathers.

We feel numbed-shock, sadness and rallying pockets of rage as another wave of violence ripples through our collective psyche. Personally, I celebrate our nation’s youth, like the boy in the Emperor’s New Clothes, exposing the hypocrisy of the gun-lobby and implicitly the greed of the military industrial complex, hiding behind flag-waving (pseudo) patriotism that worships killing.

Two, nearly opposite poles stand in the clearing as we brail towards understanding. First are the unmasked tragedy and deep personal wounds recent events reveal. It is this deeply wounded psyche of our collective-culture that is exposed, bare and naked. Second, by nearly every measure we and our families are safer than in decades past. Crime rates have plummeted in almost every city large and small. Crime is down, not up. The national crime rate is about half of what it was in 1991. Violent crime has fallen by 51 percent since 1991, and property crime by 43 percent. In 2013 the violent crime rate was the lowest since 1970. And this holds true for unreported crimes. Since 1993 the rate of violent crime has declined from 79.8 to 23.2 victimizations per 1,000 people. Serious crime has decreased almost every year. These opposites are challenging to reconcile. What is the root of our toxic culture with its cold-heartedness and cruelty, and who profits from this?

Years ago Dr. William Vicary, a forensic psychiatrist specializing in male aggression and sexual violence, described how the betrayal of early nurturing of young boys, abuse and neglect, often involving significant females in the child’s life, with trauma on one hand and chronic sensory deprivation of affectionate touch on the other, split the boys’ psyche. Rather than nurturing, the essential need for affectionate touch triggers fear, anxiety, rejection and alienation. Repeated over time this fear-anxiety-rejection response becomes a reflex, a self-fulfilling prophecy. Along comes puberty. Hormones sexualize primal needs intensely. James Prescott, PhD., one of the most significant researchers in the field of violence, perhaps in the world, later described how sensory deprivation renders the body hyper-sensitive to the stimulus denied. Like freight trains converging, these powerful forces - the basic need for nurturing, paired with fear, pain and rejection, intensified by sexual hormones, collide inside too many young and older males – over and over again, day after day.

By the time we become aware,often  the developmental period has passed, leaving unnatural consequences etched deeply in the developing brain. What do we mean by early nurturing? I’m convinced that the templates involved are firmly, some say irrevocably, sculpted from conception to eighteen months, clearly by age two, long before the cognitive abstractions we call intellect explode with full force. Plant an epigenetically sensitive body and brain into a culture where sensory deprivation - and its implicit violence - is accepted as normal and it is little wonder that a few pop; slap their wife, beat a child, rape the girl next door or grab a gun and start shooting. The phrase Ken Magid coined in High Risk, Children Without Conscious, comes to mine.

Is sensory deprivation, and its implicit violence, normal? Yes. We separate mother and baby at birth. Caesarian section, circumcision, bottle feeding, artificial food (processed formula, something that often continues throughout childhood, not processed formula but row after row of bright colored packages of fake food in the market), isolated cribs, plastic baby-carriers and strollers rather than being carried on the body of mother and father, early and extended day-care, a tsunami of zombie-like electronic devices that flash and blink mimicking life but are, in fact, dead – All these are forms of isolation, neglect and sensory deprivation. To this we inject over twenty mandated vaccinations involving high doses of neuro-toxins the first eighteen months of life. The hepatitis B vaccine, for example, injected into babies on their first day, contains 250 nanograms of aluminum. Studies link toxic metals to brain diseases producing oxidative stress and aluminum is one of the worst offenders. [1] What is injected aluminum doing to that new brain, a brain nature expects us to protect?

To this assault we must add the growing influence of media and technology, counterfeits for rich human interactions and expanding relationships with nature. Children between the ages of eight and eighteen spend an average of 7 hours, 38 minutes each day with digital media plus 1500 hours per-year watching television. Both experiences are equally dead. It is hard to count the acts of violence designed into popular digital-games. We do know that children watch 8,000 murders and 200,000 acts of violence by the age of eighteen on television alone. Then we punish the little Frankensteins we create, just as Mary Shelly described in her 1823 novel. This is our tradition, blaming our children for behaviors we model and inflect.

Nurturing implies first that we do no harm. On that basic foundation we build a life, and on that - culture. A culture dominated by males (and perhaps increasingly females) who were denied true nurturing early in life; affectionate, playful touch and all that this implies, will lack the empathic neural-pathways to mediate violent impulses. To a 'self' constructed on this unnatural foundation, the familiar predator-male ego, there is little difference between a digital first-person-shooter experience and picking up a real gun and ripping off a few rounds. The roots of this reach, all too often, back to the first two years, to the nature and quality of sensory experiences experienced, or their absence.

Orange arm bands, arming teachers, more already militarized police and punishing prisons will do nothing to heal. The remedy, however, is well researched and economically sound. Protect, support and empower women and men to be nurturing mothers and fathers. (Let us not forget, the flag-waving US stands at the bottom of industrialized nations in this regard. Mother and infant mortality at birth in the US is rising, not falling.) Our challenge is clear. As a culture we must nurture and imspire mothers and fathers, help parents make independent, truly informed choices, and then watch this unnatural cycle of violence fade, pushed aside and extinguished by wave after wave of empathy, compassion and laughter. 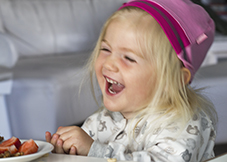