“At any time, the entire population could experience a wave of doubt, throw off their masks, open their doors walk outside and yell “I’m mad as hell and I’m not going to take it anymore!” Then get in their cars and go back to work like nothing ever happened.”

During Bill Clinton’s acceptance speech for the Democratic nomination for President, Clinton thanked his mentor, Dr. Carroll Quigley, the former head of the International Relations Department at Georgetown University, the man Clinton said, ‘saw the future clearer than anyone else.’ I managed to obtain a copy from the rare book room at a New York University. I read it and the hair stood up on my head. Quigley, in a 1400-page book, brilliantly written for a scholarly readership, says that not a single major event of the 20th Century had not been staged and arranged. The First World War, the Second World War, the Great Depression, etc., etc. Staged and arranged by exactly whom? And for what purpose?

It turns out that in the last part of the 19th Century, arising out of Oxford University in England, a small group of very, very influential people decided that the progress of the human race had stopped, and that war and starvation and all these bad things would continue to happen forever unless there was a global world government. They drew into their orbit Andrew Carnegie and John D. Rockefeller, the Rothschild’s in Europe, and in these high-level commissions (think of them as the Aspen or the Bilderberg of their day), decided that no one would willingly surrender their national sovereignty. It would have to be taken from them by trickery.

John Taylor Gatto
author of Dumbing Us Down, Weapons of Mass Instruction: A Schoolteacher's Journey
Through the Dark World of Compulsory Schooling, The Underground History of American Education,
An Intimate Investigation Into the Prison of Modern Schooling,
with Michael Mendizza.

John went on to describe how, throughout history, the few, what we now call the 1%, presumed to be superior, more intelligent, and therefore responsible to guide, herd and control the fate of others, for the common good, of course. But by whose standards? Based on Eugenics; a set of beliefs and practices designed to improve the genetic quality of a human population, Hitler took what be believed to be necessary steps to keep his race pure. Politics and unproven theories often create a perfect storm.

We’ll cover why this phantasm is being kept alive, in the absence of scientific evidence. And why it’s about to vanish. Don’t have to be much of a fortuneteller to see all the usual signs falling into place:

This month Tim began with a $5K Reward for Proof of COVID Diagnosis.

Are you believing everything you hear in pop media? Notice any lies, inconsistency or propaganda? The coronavirus phenomenon is nothing more than the re-categorization of cases of the regular seasonal flu. Try to disprove that hypothesis. More science supports it than thwarts it.

Note: Supporting Tim’s empty hospitals, Dana Ashlie compared the view that mainstream media outlets show and what citizens found when they went to the same locations. 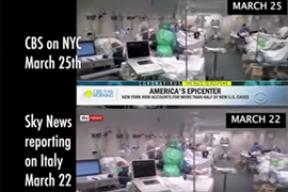 Tim continues: In just a few days, mass hysteria ramped up to mass psychosis. International travel ban, runs on grocery outlets, stock market decline, suspension of our constitutional right to assemble, thousands of businesses closing, thousands of jobs gone overnight, etc. You saw it all. And for what? The perception of an unproven threat. At this point any scientific considerations had become irrelevant. The facts that:

All these facts no longer had any relevance to the galvanizing effect of fear and hysteria sweeping across the country, buoyed up by incessant indoctrination. It was easy, with people’s addiction to their iPhone all day every day. Plus, the new censorship across social media, effectively putting an end to any possible rational or scientific discourse on the nature of the threat.

At the snap of the fingers, 5 million people in the Bay (San Francisco) willingly locked themselves up in their own homes, obediently glued to their computers, awaiting their next instructions from their masters. In America, in an instant, without ever firing a shot, an entire population has been subjugated to the whims of corporate media. So what’s going to happen next? In the absence of large numbers of new deaths, mass hysteria has a finite shelf life?... The bureaucrats. Fear and hysteria are their power tools. So they keep making up fake numbers, as long as people will believe them.

Note: The W.H.O. Announces "Suspected" Cases of COVID-19 Should be Written as COVID-19 Deaths (No Test Required)

But this time it’s different – we’re in uncharted territory now. It’s still likely that it will end abruptly – the bureaucrats will announce that they have saved all of us from the brink of disaster and that the numbers are now under control …But hold on here. We’ve really got to ask ourselves, with all we’ve endured in the past month, what is the worst part of everything that has just happened? Is it:

Certainly, all of those were tragedies of monumental proportions. But they’re not the worst. No, no. The worst thing that we’ve all just lived through, the nadir of the American experience up until now, is this:

They told everybody what to do, on TV – to stay home – and we all did it!

Was this a Planned-Demic?

In dramatic story structure, there is an inciting incident, a provocative, provoking event that sets the story in motion. Let’s assume, like a spider weaving a web, there was a long list of well-thought-out prescriptions or plans waiting for an opportunity and such an opportunity happened. No conspiracy, simply a plan waiting for a global opportunity.

As the lockdowns go into place and the military takes to the streets in country after country, the decades of preparation for medical martial law are paying off as we see population control measures that have been scripted for decades put into place. What is unique about this event is the speed and global nature of the implementation of these authoritarian measures. The Corbett Report on Medical Martial Law 2020 provides essential background, a thoughtful and well-researched history, a necessary context to understand what is taking place, the individuals and organizations responsible for closing the world, and why it happened so seamlessly. 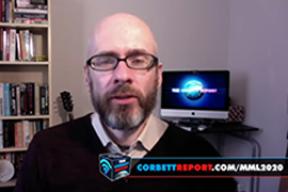 W.H.O. Police may have to enter homes and remove family members 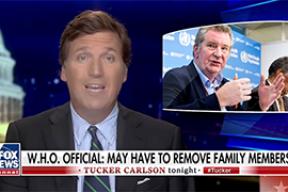 In order to justify the unprecedented lockdown and suspension of basic civil rights the number of COVID-19 cases and deaths must be far greater than normal hospitalizations and deaths that occur each year throughout the world, which is the sensationalized and coordinated message corporate-media has been pounding for weeks, what Dr. Tim O’Shea and others call fake numbers. See below.

Public health experts from around the world, scholars whose profession is to track these numbers, have challenged the story being reported, the alleged number of reported cases and deaths, claiming the numbers being reported are highly exaggerated, 10x or more. These experts challenge the dominant narrative for several reasons:

A Fiasco in the Making?

Perspectives on the Pandemic: Dealing with Coronavirus. “As the coronavirus pandemic takes hold, we are making decisions without reliable data. We have gone into a complete panic state,” describing the perfect storm. Dr. John P.A. Loannidis is a professor of medicine and professor of epidemiology and population health, as well as professor by courtesy of biomedical data science at Stanford University School of Medicine, professor by courtesy of statistics at Stanford University School of Humanities and Sciences, and co-director of the Meta-Research Innovation Center at Stanford (METRICS) at Stanford University. Read the essay: https://www.statnews.com/2020/03/17/a-fiasco-in-the-making-as-the-coronavirus-pandemic-takes-hold-we-are-making-decisions-without-reliable-data/ 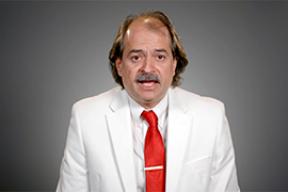 Dr. SHIVA LIVE: We are at War. Fire Fauci End the Shutdown 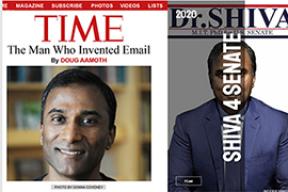 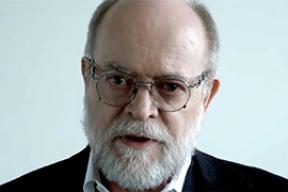 Professor Knut Wittkowski, for twenty years head of The Rockefeller University's Department of Biostatistics, Epidemiology, and Research Design, says that social distancing and lockdown is the absolutely worst way to deal with an airborne respiratory virus. Further, he offers data to show that China and South Korea had already reached their peak number of cases when they instituted their containment measures. In other words, nature had already achieved, or nearly achieved, herd immunity.

Dr. Wolfgang Wodarg: The King Has No Clothes 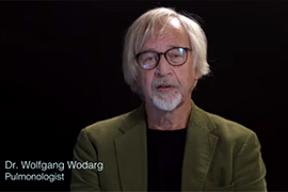 COVID-19 deaths being recorded around the world are not being clinically or virologically confirmed as anything more than "suspected." 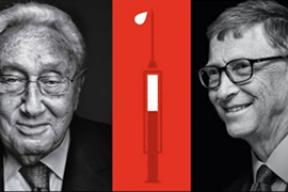 Included in mandatory vaccinations will likely be Nanobots, identification-tracking chips, injected into your bloodstream. 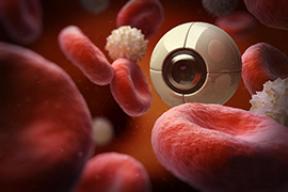 Researchers predict that in 10 years' time, having Nanobots injected into your bloodstream will become a common practice in the medical world.

Recall Dr. Carroll Quigley, the former head of the International Relations Department at Georgetown University describing the 1% and its social control agenda. 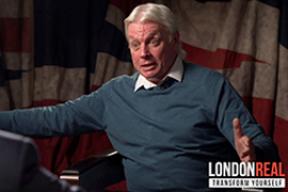 Is Coronavirus What We Have Been Told? Is it Contagious?

Doctor Kaufman Explains that COVID is Really Exosomes: A Misdiagnosis 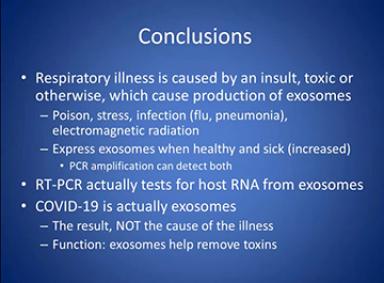 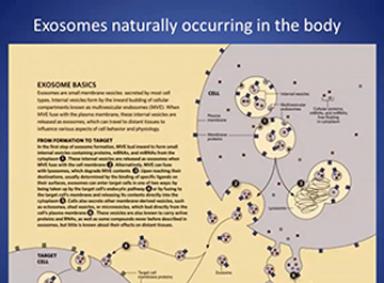 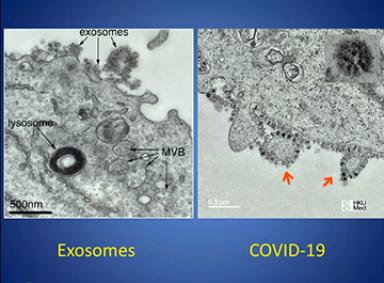 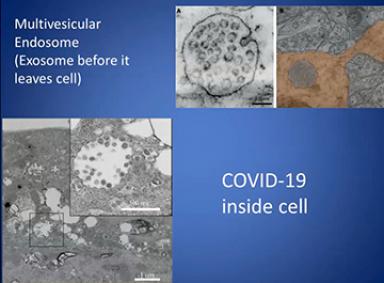 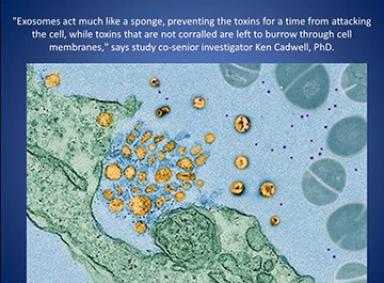 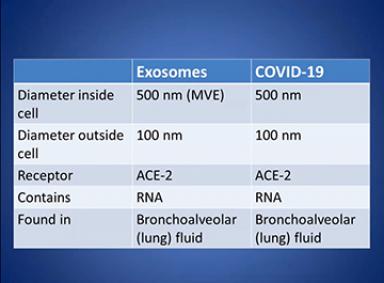 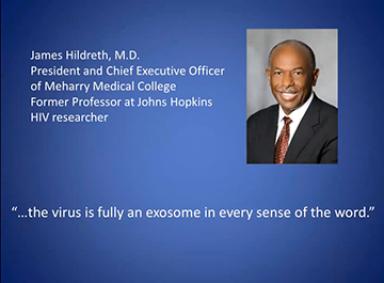 The Argument for a 5G – COVID-19 Epidemic Causation 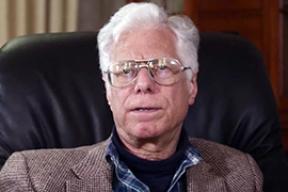 The argument for a 5G – COVID-19 Epidemic Causation Mechanism by Martin Pall, PhD