Nipping The Roots Of Violence

Carly, just now 2.5 years young, went to her first birthday party today and was surrounded by ten to twelve young children many of whom she plays with twice a week at her forest play group. Among the laughter and toys were fairly common behaviors. Carly gravitated to a small puzzle. A boy plopped down and grabbed one of the pieces. Not being able to find a connecting mate on the spot he tossed the puzzle piece and several others around the room and disappeared, leaving Carly somewhat dazed. Her attention then landed on a small toy resting near. As she reached for the shiny shape it was grabbed out of her hand by a young girl, grabbed with rather fierce ownership. Now, these are not needy or socially deprived children, on the contrary. And yes, we all know young children are egocentric, a grownup word for selfish. But does self-centered necessarily mean a complete absence of empathy? Where does selfish end and aggression or even violence begin, even at age two?

On the surface two current, seemingly unrelated tugs at my attention suddenly united with over twenty-five years of research on the impact of culture on brain development and behavior. A colleague left work early to comfort her twentyish daughter who survived a wild party in San Francisco. Apparently female acquaintances were served drinks with knockout date-rape hidden inside. On the other side of this coin is the opening chapter of a new book, The Mohammad Code, on militant Islam by a friend Howard Bloom, an important and sobering read. The opening chapter title, What’s sex have to do with it?, describes how ritualized rape of nonbelieving sex slaves is considered an act of prayer, not in medieval times, today in many parts of the world. A quick scan of rape, domestic violence and child abuse stats quickly reveal that some cultures are more violent than others, especially violence directed against women and children, something another colleague, James W. Prescott, PhD., has preached for over half a century with all the charts and neurological data to prove it.

Last evening Z, Carly’s mom, handed me an article, Twelve things about being a woman that women won’t tell you, from Esquire magazine, implying that I now have a daughter and need to prepare myself and her to deal with all the gender issues that await our innocent little girl. My first response, of course, was that it is nearly impossible for anyone to harm or take advantage of anyone so innocent, which is how I feel, nurture, protect and do no harm being my mantra, what some call an ever-present prayer. A nice ideal but wrong.

With all the horrors that children face, and there are plenty, we live in a somewhat golden age of childhood compared to historical precedents as Lloyd deMause describes in his History of Childhood and Robin Grille elaborates in his Parenting for a Peaceful World. Something changed with the advent of agriculture and monotheistic religions. The stories that bind individuals into large groups changed. Preliterate egalitarian, gender equality and reverence for the feminine principle, Mother Nature was trumped, pun intended, by abstracted images of a wrathful God, the father, patriarchy, male domination and conquest. And with this tipping of the scales the balance of respect, value and roles between genders tilted sharply and continues today. Living in and identifying with this tilted story begs the question: when do I hand Carly her first can of mace and instilling in her the fear of God, literally, because it is a male-predator jungle out there and she better be prepared?

My mind races to father-daughter Aikido classes, another bonding experience. But I quickly realized that mace, holding one’s purse close, car keys in hand and all the other self-defense strategies miss the point, they don’t dig deep enough. Realities, yes, but they fail to address the source of the problem. Why are some cultures more violent than others? What is done or not done to little boys that produce this effect? And how does this impact gender inequality and the implicit violence we hope to avoid? Hot topics as the forty-fifth President, not-elect, of the United States prepares to take office.

For years it was believed that violence was in our genes, something Jean Leidloff, author of the Continuum Concept, carried into the Amazon jungle; boys will be boys.

I was living for literally three years, looking straight at these Indians and not seeing them because I was so blinded by preconceptions. I didn’t even notice that, amazingly enough, the children never argued. They played together all day unsupervised, all ages, from crawling to walking to adolescence. Not only did they not fight; they never even argued. This is not what we have been taught is human nature—or boys will be boys—at all. So I said, well, boys won’t be boys. There’s something wrong here.

And she was right. Today we know that genes take their cues from the environment. Violence is in the environment, not in the genes. For we humans that environment is less and less physical and more and more cognitive, abstract. It has been said that ‘story’ is the meme-glue that binds a culture together. The seeds of violence lay in the stories that bind and define us. But we forget. Why? Because we are that story. The story and its assumptions, commands really, that weave a culture together also cast or imprint our cultural identity, our personalized version of that story, what we call our self-image or ego. And this image, tilted and distorted as it is, impregnate both gender inequality and violence in the little boys and girls at today’s birthday party.

Historically the story that wove our culture and therefore our personalized version of that story is monotheism, the belief in one supreme sacred (male) source, God or other supernatural being. The three major theistic religions are Judaism, Christianity and Islam, are bound together by common principles:

Implicit in this collection of beliefs, this story is the superiority of males, God being a male image, and the highest expression being intellect, at the expense of females, more precisely the female body and on a grand scale the Divine Mother, or Mother Earth. Is there any wonder why the global environment is convulsing? The inquisition and witch hunts that lasted three-hundred years are obvious examples of this tilted bias. And, as we all know, the beat goes on.

As a result of this organizing story we also know that males are more violent than females. And now you know why. Male aggression and violence against others and especially women and children is in that story, and the identity that this story etches. There is a reciprocal dynamic between the organizing story we call culture and our individual behavior. Then we discover, contrary to the myth this story promotes, that males are the weaker gender. Be nearly every measure, except muscle mass, females are more resilient as cataloged by Ashley Montagu in The Natural Superiority of Women. This means that males are more vulnerable. Most spontaneous abortions are males. Males suffer more psychological problems. They mature slower. More males are autistic than females. More females attempt suicide but males are more successful. Women live longer. The list goes on.

Being more vulnerable requires more nurturing especially at the beginning when basic relationship templates for life are being forged, exactly the opposite from our culture and many other modern societies. Being more vulnerable, naturally, biologically, there is an implicit somatic-expectation to be nurtured and for longer periods. This expectation is not intellectual; it is in the body. When this innate need to be nurtured is absent, withheld, deprived, or worse, punished and humiliated, the response is anger and violence. For the unnurtured male this early imprint becomes an underlying, often tacit assumption that defines all relationships, especially intimate relationships.

Building on this, puberty hits with explosive vengeance. The source of nurturing denied, the female body, elicits its response - frustration, anger and violence. This deep wiring becomes sexualized with puberty and the game changes. Driven by deep feelings of betrayal and mistrust the unnurtured male intellect, fed by this somatic storm, supplies all the justifications needed for lashing out in the form of cultural and religious beliefs including violence and rape. And into this conflicted mass psyche – Carly Elizabeth is racing towards at unbelievable speed. While this rant is a simplification of a very complex process, I believe the essential principles hold true. As Maria Montessori observed, “the unnurtured child becomes their own and therefore society’s worst enemy.” This is especially true for males which turn around and become the source of culture that threatens, dominates and subjugates women at every turn.

The solution is simple. We need a new organizing story, one that brings the house to order at the very beginning, and emerging from this return to balance a new culture is born. That’s fine, you say. What about now? The first step is to help Carly not identify with the old story for it is the true source of violence that becomes personified and embodied. This new self-world view won’t eliminate the old story form expressing in others. It will however, prevent Carly from being seduced by many of the social traps that invite abuse and violence. Easier said than done. But it can be done. 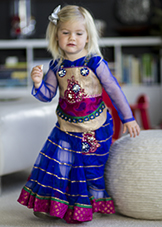