Monsters Under The Bed

September snuck in like a clever thief. You can feel the days getting longer. Barbora, at twenty, is a sparkling young woman. She arrived a week ago, a Czech Au Pair, French for ‘on par,’ meaning equal, a member of the family for a year to help care for Carly and to create a rich bilingual environment. With much of her extended family in Europe it is important that Carly Elizabeth speak Czech, a challenging language to master.

In her brief two years Ms. Carly has had a number of nannies plus the six to eight staff members at our galleries. Now she has a big sister in the next room, another first. And there is more. You see, I don’t like strollers any more than I like plastic baby carriers. Both are like isolation jackets, sensory deprivation or solitary confinement. It is a fifteen minute walk to town, through the park, bouncing dirt paths. Every time I have used the stroller, for my convenience, Carly has said, “down” or “out.” So I dusted off the Schwinn bicycle for the Au Pair and ordered a baby-seat for Carly. It arrived and I assembled it this morning. That is what dads do.

I was not impressed looking at the array of baby bicycle seat options. The basic model looked confining, like the ejectable pilot seat on Apollo 13. A few more clicks and a Danish model struck my fancy, so sleek it is like having Carly sitting in my lap as we ride. Mama Z was not impressed. The thought of Carly riding on a bike made her cringe. “Up we go,” I said and slid Carly into the seat, secured the straps, adjusted her foot-rests and we were off. Yes, I remember how to ride a bike. After a lap or two up and down the block Carly said, “home.” My heart sank. She doesn’t like it. We landed in the driveway and I lifted my Apollo astronaut to the ground. “Again,” she said. “OK.” This time it was Barbora’s turn and off they went. I dusted off my bike and we rode down the hill to the bicycle shop and fitted Ms. C with a fancy red helmet which cost more than my bike, and she was hooked. After her siesta, “ride bike again,” Carly said, and they were off for two hours up and down back country roads, twenty-five months young and counting.

Another first was Carly’s first sentence in Czech. Don’t ask me how to pronounce it. Phrases and complex sentences in English are her new norm. “Time to read books.” “Look at pictures of Carly.” “Joseph is coming.’ But now, everything has two names. Water is ‘voda’ in Czech. I’m stuck trying to pronounce ball or eat and Carly is running circles around me with her first sentence. She is two and a whisper and I’m a solid sixty-six. Good thing we aren’t keeping score. Good for me, that is.

I recall other dads saying, “There is not much to do with babies. I’ll wait until they can talk.” Nothing could be further from the truth. Waiting until our young ones can talk is like looking at the world through a porthole. The very point of view screens out all the important things, the physical and emotional foundation upon which our verbal world rests.

At two the primary centers of the brain - action, feeling and now thought (names, symbols and metaphors), are stable. Carly is at ease in her body, agile, careful and confident. She expresses feelings - joy, excitement, frustration and pain - spontaneously and freely. Everything has a name, and now two different names, one in English and the other in Czech. There are a lot of experiences and things to name in the world, now times two. Having and naming experiences will be the primary focus of her development. She has entered the chatterbox stage, talking to herself and others nonstop.

Words and the inner images they evoke literally create a new inner world that is stimulated by the physical and emotional centers of the brain but in many and dramatic ways this world is separate from the body and its feelings. Classically this distinction has been called the mind-body split. The goal and nature’s intent is coherent integration of all three centers working together as one integral unit. But the powerful and enchanting nature of our imagined reality often overshadows the other two.

We imagine monsters living under the bed and this image created by the thinking-imagining center tricks the emotional and physical centers which treat the imagined monster as a concrete or independent thing. Not as an image imagined. The emotional and physical centers lack the capacity to discriminate ‘real’ from ‘imagined.’ To these ancient centers everything is real. The result is often a dissociative state where the mind is doing one thing, feelings are going in the opposite direction and the body is stuttering between the two. Anticipating a test while walking to school or driving to a potentially painful dentist appointment are simple examples of this fragmented state of thought, feeling and action.

Whereas, optimum learning and performance occurs when all three centers are entrained, acting together and not fighting each other, what we experience as stress and anxiety. The overarching role and responsibility we have as parents is to nurture coherent integration of thought, feeling and action. We do this by providing a safe place to play-discover-learn, which is difficult enough when we were dealing with the first two brain centers. Now we have the vast and unlimited imagined world to integrate, something most adults have not mastered themselves and so, they pass this lack of mastery along to their children; the model imperative again.

This imaginative word world into which Carly is tipping is a double edged razor. It opens and develops creative possibilities that leave other species in the dust. Used sanely, as in strict evidence-based science, this creative capacity called thought and imagination can easily create heaven on earth. Used without mastery, without a deep appreciation for what is being created or, as is often the case in the service of an imagined and needy-defensive ego, the same capacity ever so easily spawns racism, and strange beliefs such as Catholics, Republicans, nations, genetically engineered species, toxic chemicals, poverty and endless wars. Recall that a fraction of resources used to create and sustain our endless wars for profit could, and rather quickly, eliminate most of the dis-ease and suffering we create. Not knowing ourselves, we become the enemy. Our misuse of thought and imagination is the Sorcerer’s Apprentice spell.

We can say that the goal of every so called spiritual practice as well as optimum learning and performance in any discipline is this integration of thought, feeling and action. In sports, for example, mastery of the physical system comes first but it is what Tim Gallwey calls the ‘inner game’ that separates elite athletes from the professional norm. The same is true of every person doing everything they do every day of their lives. Carly Elizabeth is just beginning to develop and hopefully master her inner game. To the degree that I have mastered mine – I can help her. If not, the monsters I imagine under my bed will find their way under hers. 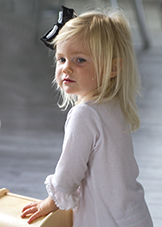