Mass Hypnosis - Nature is Broken, Only Technology Can Save Us Now

Recall, April 13th, the Surgeon General, Jerome Adams, M.D., explained that the Coronavirus Task Force has, effectively, dumped the Bill Gates/CDC/WHO predictive contagion model, and is now working with ‘real data.’ This event was epic and set into motion two opposing forces, along with the propaganda wars we now see daily. The Empire, Bill Gates/CDC/WHO and the long history corruption they embody, including Germ-Theory which provides the necessary foundation for Big Pharma vs. clean data, verifiable science, and fact, with Tony Fauci being the Empire’s hypnotist, or in Joseph Goebbels term, the Big Lier.

Early, Fauci advised Trump the data was correct. He publishing a paper in a prestigious medical journal stating that the event was no more than the seasonal flu. Then, in late March, Tony flipped, implicitly contradicting the administration’s stated position, with the Surgeon General’s statement above being the declaration of war.

As Fauci did when the nonexistent Swine Flu began to unravel, beating the fear drums harder and harder, he has no choice but to do the same today. This is indeed a war, a clash with the Empire’s Death Star in the crosshairs.

The entire global lockdown, plunging the world into a crash deeper than the great depression, is a story constructed by the Empire, Bill Gates/CDC/WHO, with Tony being the media-empowered mass hypnotist, supported by corporate media, Google/Facebook and other meta-data social media censors.

Every time the Rebel Alliance provides compelling data that the King Has No Clothes, in essence saying don’t be afraid. The Empire Strikes Back with more bad news; nature is broken, herd immunity does not work this time, reinfection is possible, don’t open, keep desks in schools six feet apart, everyone must wear masks, buying time for Gates’ global vaccination and micro-chipping to step in. Again, the same play by play hypnotic-fear strategy used in the previous pandemic scares that fizzled including; HIV-AIDS, which Fauci was the magician, Ebola, Zika, and many others. Most forget European nations sued Big Pharm for fraud in the Tony Fauci lead, 2010, Swine flu “false pandemic” scare.

The Council of Europe will launch a probe into pharmaceutical companies after reports that vaccine manufacturers pressured the World Health Organization into declaring swine flu pandemic seeking increased in profits. It was supposed to be a deadly pandemic but is nothing more than a serious cold.

Watch, and you will see the battel explode daily on across every media platform as two mighty boxers punch it out for the heavyweight future of the world.

With unprecedented global censorship sharpening its teeth, I encourage you to invest the necessary time and careful attention in the following resources. There is some urgency. They may disappear soon. I cannot overestimate the importance of each individual setting aside mainstream narratives and ask big, challenging questions. The resources below are not shallow. It will take time. That is how we learn. My daughter’s future is at stake and yours of course. 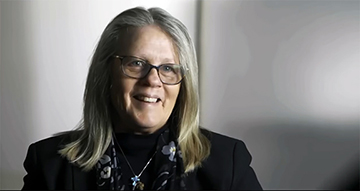 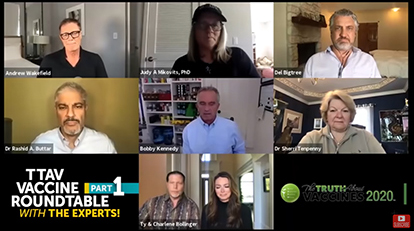 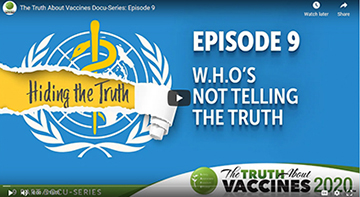 W.H.O. is not telling the truth 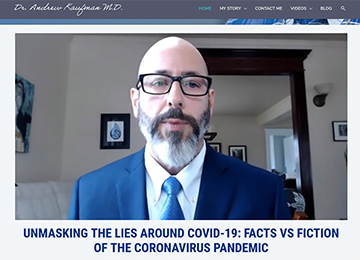 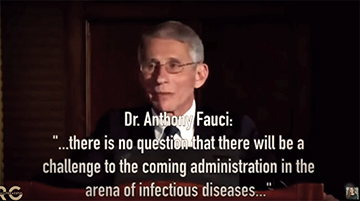 What Americans MUST Remember Once the Dust Settles...

With the current 24-hour news cycle, it’s extremely difficult to navigate and prioritize information. In this video, I’ve arranged key events on a timeline with the proper context so that we can better interpret the events taking place all around us, and so that once the dust settles, we can remember the facts.