Kidnap: to steal a child, to seize and hold or carry off a person against that person’s will by force or fraud (Webster’s dictionary definition)

Trump’s Zero Tolerance Border Policy. Let’s call it what it is, a kidnapping of thousands. Our government, like the definition, has stolen by force or fraud, children, even babies. They simply took them away from their parent or parents.  They have traumatized thousands of youngsters creating long-term harm. The younger they are the more lasting the trauma.

Those who planned, organized, carried out and continue it are criminals. They should be charged and punished. There were no Amber Alerts, neighborhood searches, radio, TV alerts asking people to join in finding the stolen child. Often these children were taken away in the dead of night.  Why unless they knew what they were conducting was wrong. Simply that – a crime.  What if the baby or child stolen was yours or your grandchild, or a friend’s? Would you turn away, or even worse, condone it making excuses. This criminal act is a stain on our nation, and on us.   It betrays our national humanitarian values.

Detention camps for children? For babies?! For God’s sake America, wake up! Is this what we are becoming? Child abusers? Kidnappers?

Shame on us! This invalidates our national moral principles. What are we becoming if we steal children from their families?  It doesn’t matter whose child, we are engaging in crimes of child abuse and kidnapping. We elected the officials and therefore we must share in the blame and responsibility. 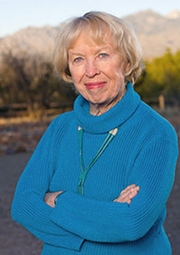 Barbara Findeisen is considered one of the world’s leading experts in the field of pre and perinatal psychology. She is the past president of the Association for Pre and Perinatal Psychology and Health and a founding member of the International Association of Regression Research and Therapies. She is a graduate of Stanford University and has been in private practice since 1976.

Why does Barbara feel so strongly, so passionately? Because she knows the lifelong consequences. From an interview with Barbara and Michael Mendizza.

We assume because we have big bodies that we're grown up. But many of us are emotionally frozen because of traumas that happened very young. People are arrested at different stages of development, like frozen ego states. Circumstances that happen today can stimulate those early traumas. Then all the repressed pain floods the person and the pain or fear of the immature ego state is very real.

Early memories are like pebbles thrown into the water. The experience creates ripples that continue and expand. They affect people's lives profoundly. Often when clients look at very early experiences they discover that they hold the key to understanding themselves.

These early experiences are the moments where our first decisions are made, "the world isn't safe" or "I'm not good enough."

Eric Ericson, in his child development scale, used trust or mistrust as the first building block. The one which is chosen is the result of our first learned experience and that first experience is in the womb, during birth or that very critical period immediately after birth. Early messages create life-long patterns of trust or distrust.

We can't always have a perfect pregnancy or birth, but we can learn ways to avoid long- lasting psychological effects. The earlier the treatment, the easier and quicker the healing, precisely because the personality has not formed on a basis of fear and hypervigilence.

It would be much more cost effective to support mothers and fathers than to pay for the crime, the juvenile delinquency, drug abuse, the violence, self-abuse, suicides, the police, and prisons, not to mention the broken lives of millions of human beings.

As we approach the Fourth of July, my mind bounces between our uncertain present and the challenges of the past.

We must remember we’ve had good presidents in the past, and some great ones. We’ve also had some bad ones, and some very bad ones. The judgement of history ultimately will leave its mark on our present age. But one thing our history also teaches, a lesson that bears repeating and one for which I have seen ample evidence, is no president is more powerful than the American people.

If you think times are tough and things are hard now--and they are for many people in many ways --brush up on what our fathers and mothers, grandparents and great grandparents went through beginning about a century ago - a devastating world war, the Great Depression, a merciless drought, followed by the desperate years of a second world war fighting Germany, Italy AND Japan in a massive two-front, two ocean conflict, followed in turn by yet another terrible drought, emergence of the Cold War with Russia and a hot war in Korea.

Remember the lynchings and the deadly silence on those who defined love differently. Remember the dismissal of women’s rights and the desperation of those who lived in poverty without any social safety net. I know there is a sense that decades of recent progress are in danger of being erased. But as someone who lived through an America much less inclusive and just than our current time, I feel the battles of the past were not fought in vain.

Do we still have it? Can we still “bring it?”

I, personally, have no doubt that we do and we will. But it’s true that each fresh set of generations is tested anew. Our test is now; are we keepers of the flame or destined to be those who extinguished it?

The United States Government, strategically separating children from parents to achieve a political goal is planned, intentional torture of innocent children. This policy did not originate with Donald Trump. A 2017 US Government Report describes the widespread use of separating families as a matter of policy. Since 2005, as a matter of procedure and policy, border agents routinely separate children and families intentionally, as punishment or consequences, through what the DHS, (the Department of Homeland Security) call its Consequence Delivery System. These consequences are meant to deter future migration, often regardless of international protection or other humanitarian concerns. Who cares? A few thousand kids? They call it collateral damage, often a small price to pay to achieve a political goal. (I often wonder, were the lives lost on 9/11 collateral damage?)