First a realistic perspective.
The overall estimated infection-fatality ratio for COVID is 0.00003 to 0.005 up to age 69, which is far less than Tuberculosis and many other conditions that have never prompted global lockdowns, forced isolation, distancing, and compulsory maksing of the total healthy population of the world. That's crazy. 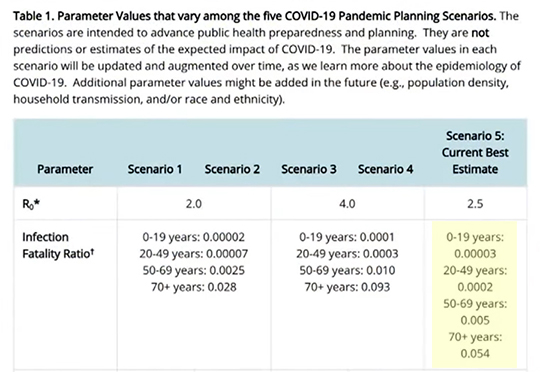 There exists sufficient and compelling, verified research, that challenges core assumptions which serve as the basis for many local and global policy-responses to the Coronavirus event. When public-health policies are challenged by a growing body of international experts, or when the alleged scientific theories and data used to justify public-health policies is inconsistent, contradictory, unproven, not verified or fraudulent, it is the responsibility of every person, private citizens and individuals at every level of the public health system, to challenge said policies, ensuring the public being served is done so with absolute integrity.

Anesthesiologist, Dr. Ted Noel, used a medium vapor aerosol to demonstrate the absurdity of approved masks in limiting the spread of infections, which is supported by numerous peer revived studies. The link below, Neurosurgeon Russell Blaylock, MD, explains that masks are intended to trap large droplets. The majority of transmitted particles are found, however, in fine vapors which are carried by jet and fine vapor plums up to 27 feet, far greater distances than the medium vapors shown below, thus completely negating the effectiveness of masks and social distancing. The CDC confirms; surface contact is not a sources of contamination or infection. Plus, there is an assumption that the alleged particles are infectious, which has never been proven. 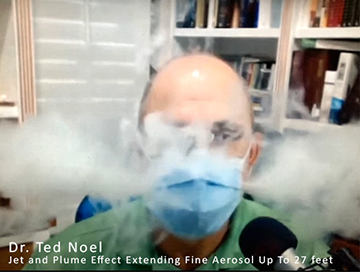 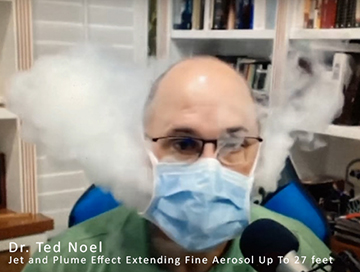 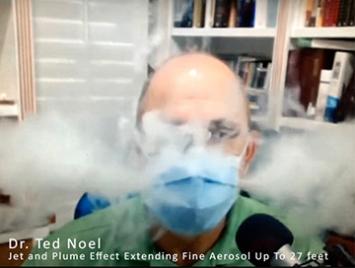 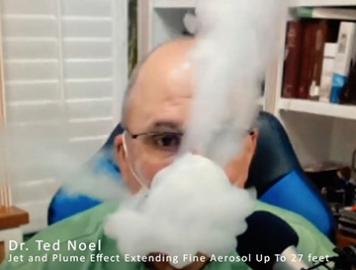 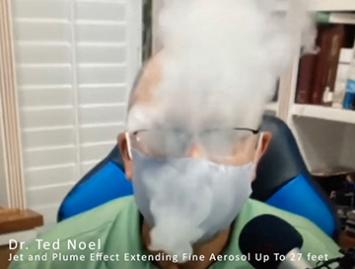 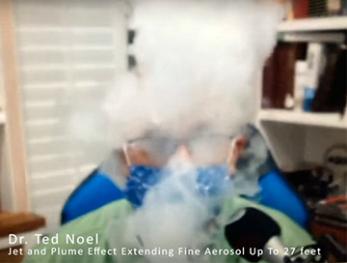 “We have vilified the very process that has built human life on the planet.”

Current estimates; we have 1031 viruses in the air around us. This is 10 million times more than all the stars in the known universe. And these are just the viruses in the air. To this, we need to add 1031 viruses in ocean water and 1030 viruses in the soil. The human body is home to 36 trillion viruses, including Corona, and 38 trillion bacteria. Viruses are so small that they float in the stratosphere, raining down on every inch of the earth’s surface every day. We are swimming in an ocean of genomic information. At least 50% of the human genes have come from unedited inserts from viruses. At least 10% of the human genome is inserted by retroviruses like HIV. We have vilified the very process that has built human life on the planet. If we continue to adopt a warfare attitude on the very thing that has built us, we will create our own demise. It is only in relationship with a complex biodiversity-ecosystem that we will reach our full biological potential, something we call health and wellness.

‘As a person who went to medical school, I was shocked when I read Neil Orr’s study, published in 1981 in the Annals of the Royal College of Surgeons of England. Dr. Orr was a surgeon in the Severalls Surgical Unit in Colchester. And for six months, from March through August 1980, the surgeons and staff in that unit decided to see what would happen if they did not wear masks during surgeries. They wore no masks for six months and compared the rate of surgical wound infections from March through August 1980 with the rate of wound infections from March through August of the previous four years. And they discovered, to their amazement, that when nobody wore masks during surgeries, the rate of wound infections was less than half what it was when everyone wore masks. Their conclusion: “It would appear that minimum contamination can best be achieved by not wearing a mask at all” and that wearing a mask during surgery “is a standard procedure that could be abandoned.”

I was so amazed that I scoured the medical literature, sure that this was a fluke, and that newer studies must show the utility of masks in preventing the spread of disease. But to my surprise the medical literature for the past forty-five years has been consistent: masks are useless in preventing the spread of disease and, if anything, are unsanitary objects that themselves spread bacteria and viruses.

“We are living in an atmosphere of permanent illness, of meaningless separation,” writes Benjamin Cherry in the Summer 2020 issue of New View magazine. A separation that is destroying lives, souls, and nature.”