Secret WHO (World Health Organization) negotiations on the proposed Pandemic Treaty are scheduled for January 9th through 13th, part of a continued effort to finalize proposed amendments to International Health Regulations. 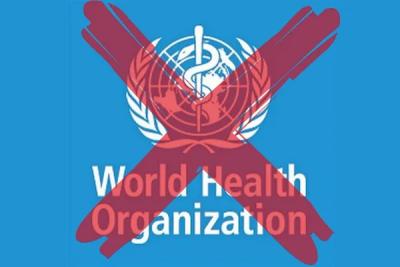 The proposed amendments to International Health Regulations make COVID and the last three years look like a picnic in the park. Just as it took months of hard independent research to understand what was happening then, everyone must gather the same energy and diligence to grasp, (and resist) what is happening now.

James Roguski, has compiled a list of important changes through proposed amendments to the International Health Regulations, which is different from the proposed Pandemic Treaty. You can find more information regarding the WHO Pandemic Treaty negotiations: 100 Reasons to Stop the Treaty, Stop the Amendments, and Exit from the World Health Organization. (Please read it carefully). https://jamesroguski.substack.com/p/100-reasons

The World Health Organization is attempting a GLOBAL POWER GRAB by seeking to have the 194 member nations of the World Health Assembly adopt amendments to the International Health Regulations as well as adopt a completely new international agreement commonly referred to as the proposed “Pandemic Treaty.”.

The proposed amendments would make the WHO’s proclamations legally-binding rather than just advisory recommendations. The changes would institute global digital health certificates, dramatically increase the billions of dollars available to the WHO and enable nations to implement the regulations WITHOUT respect for the dignity, human rights, and fundamental freedoms of people.

Agreement by a simple majority of the 194 member nations is all that is needed to adopt the amendments because, as amendments to an existing agreement, neither the advice and consent of the United States Senate nor the signature of the President would be required.

These amendments are being negotiated in secret without any opportunity for comment by people from around the world.

People seem to be aware of the so-called “Pandemic Treaty,” but, Roguski believes that is functioning as a decoy, distracting people from the much larger and more immediate threat to our rights and freedoms, which are the proposed amendments to the International Health Regulations.

Briefly: Dramatically Expand the Role of the WHO

The proposed “Pandemic Treaty” is the World Health Organization’s attempt to convince the 194 member nations to agree to hand over their national sovereignty to the WHO via a legally binding framework convention that would hand over enormous additional, legally-binding authority to the WHO.

The WHO has published a 32 page document that they refer to as the “Conceptual Zero Draft” and on pages 10, 13 and 22 the WHO makes it very clear that the purpose of the document is to recognize the central role of the WHO in the prevention, preparedness, response and recovery from future pandemics. They want to be the directing and coordinating authority on global health and global governance of overall health systems.

The actions of the WHO are not focused on the health of people. Instead, they are focused on funneling billions of dollars into building public-health-control systems. Their true purpose is to help finance and build the Pharmaceutical, Hospital, and Emergency Industrial Complex (PHEIC) by redirecting funds via crony capitalism to corporations that profit from the declarations of Public Health Emergencies of International Concern and the fear-mongering that naturally follows such emergency declarations. And beyond by using Weaponized Public Health to break national Sovereignty (Supreme authority) handing global control of all people to a handful of non-elected individuals, accountable to no one. 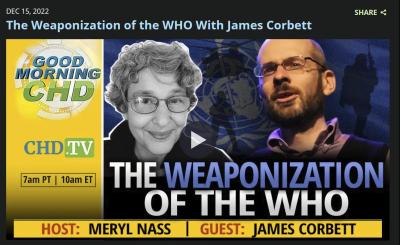 Solve the intentionally confusing puzzle about what the WHO’s 2023 plans are regarding the “zero draft” for a new and potentially legally binding pandemic treaty, International Health Regulation amendments, recent Intergovernmental Negotiating Body Meetings, and more. Learn all about the corrupt public health organization “with teeth” with guest James Corbett, with Meryl Nass, M.D.

WHO What is the WHO – James Corbett 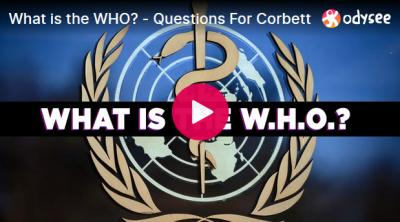 WHO Constitution and other basic documents

Archive of WHO's "influenza pandemic" definition May 2009

The handling of the H1N1 pandemic: more transparency needed

WHO and the pandemic flu “conspiracies”

WHO ‘Swine Flu Pope’ under investigation for gross conflict of interest

WHO chief yet to be vaccinated against swine flu

Insult to Injury: Why We Must Oppose the WHO Global Tax Proposals

How is the World Health Organization funded?

Who Is Bill Gates?

Who is WHO’s Tedros Adhanom?

WHO's Chan: Public's Obedience to Health Officials "May Be Fading"