Daily, headline after headline, we read of government and corporate policy hammering women, children and the working class: #MeToo, leaky Keystone pipes on sacred Native lands, poison water in Michigan and just about everywhere else, strategic separation of children from parents at the border, deregulation of environmental protections, granting liability immunity for giant pharmaceuticals and then mandating forced vaccination of untested vaccines, the millions of mostly poor sent to for-profit prisons in a fake war on drugs while Reagan, the Clintons and others in various administrations were dealing. The commons are the cultural and natural resources held in common, not owned privately, for our collective benefit including natural materials such as air, water, and a habitable earth. I use the commons to refer to ‘we the people,’ our collective natural resource. Contempt is the act of despising, loathing, and hating, a lack of respect or reverence. Dazed, we shake our heads and wonder; who could do such a thing, and then keep on doing it? Sure, follow the money. But that is too superficial. Something much deeper lurks.

In his recent book Falter, Bill McKibben explored this question - straight up. Bells rang as I turned the pages. Distant dots lined up. John Taylor Gatto, author of Dumbing Us Down and other such works, and I sat together for several hours. The history he shared is illuminating. Of course, commoners like you and I are being hammered.

M: It took you 30 years living inside the system we call school to arrive at the radical conclusion that this massive institution was not designed to develop true potential – but rather to limit, constrain, as you say Dumb Down that potential.  Basically you are a whistle blower.

J: It wasn’t my intention but that’s what happened.

M: The bell rings in a Pavlovian-way and we take our children, whom we dearly love, and we put them on this conveyor belt for twelve or more years and don’t ask any of the basic questions that you raise. Why is it so hard for most of us, who have been so deeply conditioned by this system, to see that the king has no clothes or at least is walking in his underwear?

J: They may have an intuition, but they’re involved in making a living and mowing the lawn and walking the dog, burping the baby. There are so many distractions that I think we end up taking what seems to be a perfectly rational gamble because everyone else is taking it.

M: Part of your thesis is that the true purpose of compulsory government schooling is conditioning, conformity, rows of chairs, routine, bells. Jerry Mander, author of the Four Arguments for the Elimination of Television, uses the phrase ‘form is content.’ The form of public schooling is its content. You are not talking about the math, reading or history. You’re talking about the structure being the real content of what is being learned, not learned - deeply conditioned. Form is content. And part of this conditioning is to not question the structure.

J: Yes, the architects of institutional schooling were completely conscious of this. I’ve encountered some intriguing passages that state openly that habit training and attitude training is imposed by the structure. This is what mass schooling is really all about.

Alexander Ingalls, around the time of the First World War, wrote a book called “Principles of Secondary Education.” He lists the purposes of what we call schooling. There are six principles, and each is illuminating and hair raising.

Darwin was a big influence, but it’s not the Darwin that is sold in school text books, the fellow curious about nature. It’s a fellow absolutely certain that animal trainers and plant breeders had discovered the operational truth of human life. (And that they supplied, I’m citing from Darwin’s “Descent of Man” which is about 12 years after Origins of Species, and made a much bigger impact), that the overwhelming majority of human biology is fatally corrupted. It cannot be improved by cross-breeding because it’s so far gone. That book probably has caused more damage than any piece of writing in human history. It was immediately adopted by the managerial classes of the planet. You had to find ways to lock up the evolutionarily retarded, to waste their time and set them against one another. And whatever you do, keep them away from the good stuff. From this elite managerial perspective there was no evil intended - quite the reverse. They [the so called elite] were taking human improvement into their own hands.

In the United States there was a course taught by the President of Indiana University, David Starr Jordan, called Bionomics. The idea was to take charge of evolution by reducing the breeding propensities of the inferior. As Darwin said in Origins of Species, only mankind is stupid enough to allow its inferior stock to breed. What Jordan did was organize a class that would politically and intellectually take charge of this. (Jordan was the first President of Stanford University, the Harvard of the West, a position he held for 30 years.) What we’re really talking about is a massive retardation of the normal human growth processes, and the assumption of responsibility and decision making to meet the challenge of reducing inferior breeding by conferring that responsibility to a managerial group.

John goes back five centuries to John Calvin, one of the most influential Theologians of the last fifteen hundred years. Calvin says clearly that the damned are many times larger in number than the saved. The ratio is about twenty to one. There are too many of the damned to overwhelm with force. So you have to cloud their minds and set them into meaningless competitions with one another that will eat up that energy. John noted that consumerism, compulsory education and television all do this but in different ways.

Jump from Calvin to Spinoza, who published a book in 1670 called “Tractate Religico Politicus” in which he said - it was nonsense to think people were damned or evil because there was no supernatural world. However, there’s an enormous disproportion between permanently, that’s the key word, permanently irrational people who are absolutely dangerous and people who have good sense [the managerial class or in today’s parlance the elites]. The ratio again is about twenty-to-one. Spinoza actually says that an institutional school system should be set up as a civil religion. We need a civil religion, he said, to destroy the imagination because it’s only through the imagination that maximum damage takes place. Otherwise people can struggle against the chains, or maybe even cause local damage, but they can’t do much damage because they can’t think outside of the box.

John jumps from Spinoza to Prussia in 1809 where the first successful institutional schooling in the history of the planet was established. Then to Darwin 1820 saying that people are biologically fixed in classes and there’s nothing you can do about it. Every one of these people, in a sense, is saying that what ‘we call education isn’t even possible’. To them, what we call education is romantic nonsense. Right up to the early 70's, Arthur Jensen, saying that IQ is biologically grounded. It can’t be changed. Darwin said that we’re insane to try to invest people with inferior IQs with positions of responsibility. John is not talking about a fringe intellectual position, but the dominant central-map for how to run a society. Religious and scientifically justified contempt for all but one-in-twenty. Hold that.

Back to McKibben and planetary genocide. Bill describes how this predisposition of elites to view you and me as cattle to be herded, distracted and managed, took on new meaning with the ‘money men’ cult that surrounded Ayn Rand and her ‘virtue of selfishness;” government is bad, selfishness is good, watch out for yourself, solidarity is a trap, taxes are theft, you are not the boss of me, it doesn’t matter who gets hurt as long as it is not me, which included Alan Greenspan, Ronald Reagan and his secretary of commerce, William Verity, who kept a Rand quote on his desk: All the codes of ethics they’ll try to ram down your throat are just so much paper money put out by swindlers to fleece people. The lists of Rand acolytes Bill describe include Alan Greenspan, Margret Thatcher, the Clintons, the Koch brothers, Mitt Romney, and a litany of fossil fuel and Silicon Valley CEOs too numerous to mention. McKibben notes that Altruism was perhaps the dirtiest word in Rand’s vocabulary, a sure sign of moral weakness. Donald Trump has called Rand’s The Fountainhead his favorite book. It relates to business and beauty and life and inner emotions, he told USA Today. That book relates to… everything.

“For all his love of Ayn Rand, he [Trump] ran what sounded more like a democratic campaign; on health care, for instance, he said, “We’re going to have insurance for everybody. There was a philosophy in some circles that if you can’t pay for it, you don’t get it. That’s not going to happen with us.” In fact, he promised, “Everybody is going to be taken care of much better than they’re taken care of now.” But as we now know, Trump was simply bringing something new to the game; not a clever messaging, but brazen lying.

And arriving in Washington with no existing ideology except feeding his narcissism and enriching family values, Trump proved to be the perfect president finally to enact the full government-hating agenda. Robert Mercer, who funded not only Trump’s campaign but also Cambridge Analytica… is a classic Randian. As one of his colleagues explained, “Bob believes that human beings have no inherent value other than how much money they make… He thinks the less government the better. And if the president is a bozo? He’s fine with that. He wants it all to fall down… We have made more progress in the last five years than I had in the last 50,” Charles Koch told his fellow billionaires in 2017.

A predator cult of selfish-contempt has etched its way into the fabric we call government, and that cult controls the commons, the global environment, including what we think of as news, but isn’t. As John Taylor Gatto described, from this elitist world-view, no evil intended - quite the reverse. Elites assume they have a responsibility to take control of humanity in their own hands and it doesn’t matter who gets hurt, as long as it is not them. Dazed at the headlines, we shake our heads and wonder; who could do such things and keep on doing it? Follow the money, but something much deeper lurks. In 1977, Joseph Chilton Pearce called it, A Time Bomb in the Nursery. 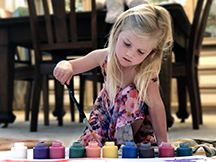