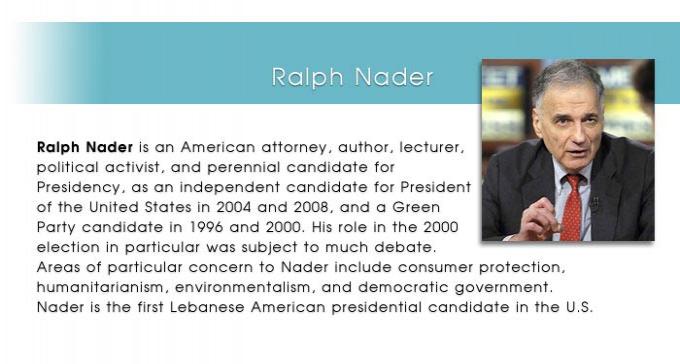 Nader warns; "A struggle different than any before in world history is intensifying between corporations and parents. It is a struggle over the minds, bodies, time and space of millions of children and the kind of world they are growing up in."

Human consciousness, as a unified field, is being radically altered by its own invention - by the technologies we have created and by the logic and values which drive them. Cars are machines. Television and computers are machines. So are the corporations, which control them. They are all machines and we are living inside them.

In 1870 Emerson and others sounded a warning: Machinery is aggressive. The weaver becomes the web. Years later, Ashley Montagu urged us to beware; "The deepest hidden recess of spontaneity and freedom must be infiltrated, subjugated and reclined into conformity with the technological society... The dehumanization of man, initiated from without, would finally be accomplished from within, by a voluntary act of compliance and conversion."

Bruce Lipton, PhD, a cellular biologists described how the cells of our body are adapting to the environment we have created. Perceptions, values and behaviors are changing. Who, or what, is shaping and controlling our environment and for what purpose? Who is creating the web that we, the weaver, are becoming?

Last year 600,000 children were prescribed Prozac or other antidepressants, a 46% increase from the previous year for ages 13 to 18. Teen suicide rates now equal that of adults. Annual Prozac sales totaled $ 1.73 billion in the United States. The adult market however, is shrinking. Growth is imperative for corporations. FDA clearance of antidepressants for children will open vast new markets. Drug companies are hungry. They need new consumers.

Orwell and Huxley were futurists. Dominating the market, i.e., public or consumer perceptions and values, on a global scale, was and is the issue - brute force or Prozac/Soma? What difference does it make? The final blow will be a voluntary act of compliance and conversion.

Consider how easily marketers eliminated breast-feeding in most of western culture. Consider how difficult it is to reverse the false perceptions created by these corporations. International research has confirmed that mother's milk contains essential nutrients for normal brain growth and function, which are not found in store-bought formula. But who cares - just switch the channel.

We are living in what Jerry Mander calls, "the belly of the beast". It's normal. We grew up here and it is difficult to imagine anything else. Controlling and limiting public perception was one of the most powerful instruments used by Orwell in his prediction of 1984 and by Huxley in his Brave New World.

Eliminate the source of alternative perceptions. Flood the environment with powerful messages which validate only corporate-consumer values. Transform the internet into a global infomercial and sell it to our schools for untold billions of dollars. Take infants and children away from mothers and fathers so they can continue to feed the machine. Growth is imperative. Form is content. The weaver becomes the web.

Year by year parents are losing control over their own children to the omni-penetrating hucksterism of companies. Driven by tens of billions of dollars in sales, profits, bonuses and stock options, the men driving giant companies are in a race to the bottom with their competitors - always pushing, pushing the range of violence, sex, addiction, and low-grade sensuality through evermore, manipulative delivery systems.

They have large sums of capital, technology and influential connections; lobbyists, child psychologists, marketing, advertising and communications specialists. They use television, radio, videos, arcades, movies, toys, malls, advertisements, magazines, even schools and cyberspace as well as stores, physicians, day care centers, fast-food restaurants, clinics, theme parks, maternity wards and the streets themselves. Thousands of employees and consultants analyze, test and interview children, hoping to learn how to stimulate and exploit their anxieties, fears, loneliness and sensual drives in order to sell, sell, sell.

Parents have no such resources. Parents are working to make ends meet, raising children, dealing with the stresses of workplace, household, school and street. Unless they throw out their televisions, radios and VCRs, keep their children in home schooling and quarantine them from friends and neighbors, parents cannot insulate their sons and daughters from the multilevel commercial grip of marketers.

Clearly, parents are spending less time with children than did any previous generation while corporate products and entertainment are spending more. So pronounced is this shift that many preteens are experiencing what might be called the "corporate week" - more than 40 hours each week in the product world created and controlled by corporations. Corporate advertising and marketing specialists deliberately play on parental guilt. They incite children to nag parents into buying this video or that toy, this clothing or that sugary food, watch this television program or play that violent computer game. Guilt or weariness often induces parents into a dependency on corporate entertainment , the electronic baby-sitter, which exposes the child to even more promotions, logos and brand names.