Harry Harlow documented that “touch” was the essential sensory modality mediating the pathologies of mother-infant separation-- even more important than milk. This, however, was not the whole story. My review of the research literature on primate maternal-infant separation by the sensory modalities involved (rearing alone in single cages in a colony room where social relationships could be established based upon visual, auditory and olfactory stimulation with other animals) was found to produce all the pathologies described in the literature. Clearly, Body Touch and not the other sensory systems was the crucial sensory system involved.

There was another sensory system involved—Body Movement—the vestibular-cerebellar sensory system, which Drs. Mason and Berkson studied with a group of animals raised on a swinging mother surrogate and another group where no movement was involved (the surrogate mother was bolted to the cage floor). Rearing on the swinging mother surrogate prevented the development of virtually all the emotional-social-sexual pathologies described in the literature.

This writer concluded that Professor William Mason with Dr. Gershon Berkson conducted the most significant scientific study, following The Harlows, in documenting how the harmful effects of primate maternal–infant separation could be prevented—the swinging mother surrogate studies. This study was first presented at a conference sponsored by the Russell Sage Foundation and The Rockefeller University in 1968.

The studies of Mason-Berkson, which can be seen in the 1970 Time Life documentary “Rock a Bye Baby”, opened a new door into the brain mechanisms responsible for the pathological emotional-social-sexual behaviors consequent to failed mother love. This study made possible the research discoveries presented on the DVD and provided the solution to the prevention of the behavioral pathologies of maternal-infant separation--baby-carrying, which constitutes the external umbilical cord that tells the infant it is still connected to mother. 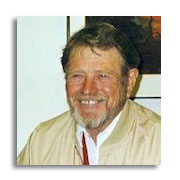 Mason, W.A. and Berkson, G. (1975). Effects of Maternal Mobility on the Development of Rocking and Other Behaviors in Rhesus Monkeys: A Study with Artificial Mothers. Developmental Psychobiology, 8, 197-221