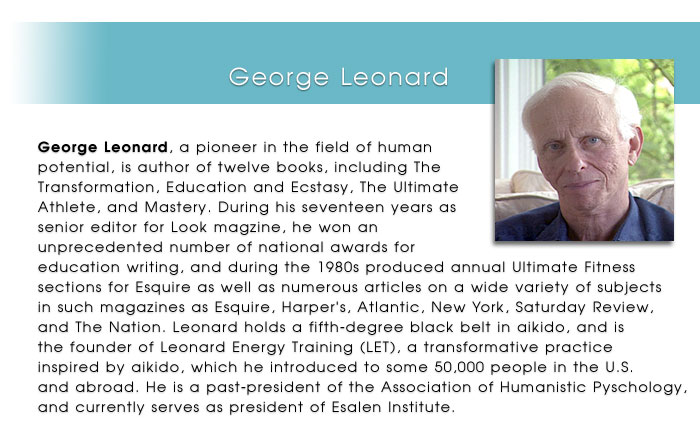 Mastery is that mysterious process to which what is difficult or even impossible to do becomes easy and even pleasurable through practice. It's learning. It's what we're here on this planet for. It's what sets us apart from the other animals, if we keep active.

The creative capacity of the human brain is infinite. The human brain is the most complex and most highly organized and most beautifully organized entity in the known universe. We talk about computers, how smart they are. A computer is very fast, very clean in its operations and very stupid. The human brain is slow and messy and infinitely creative. And in fact, the messiness of the brain accounts for the tremendous creativity. The human brain will come up with answers to questions that have never been asked. Computers don't do that. The best computer, the best artificial intelligence today still cannot understand a book written for 8-year-olds. You can't get a computer to recognize a human face from different angles, whereas any baby could do that.

Scientists back in the sixties, at the height of the space program did experiments on brain activity. They took equipment, put it in the back seat of a convertible and had astronauts to drive around the Los Angeles freeways. Driving the Los Angeles freeways took more brainpower than landing on the moon. So the fact that people can drive cars on a busy freeway, is a sign of our genius.

It's our destiny on this planet to learn and to keep learning from birth until death. Recent experiments with animals show that new connections between brain cells can continue to grow from birth to death if we stay active.

In 1987 I did a special feature on the subject of mastery. I sent a reporter out to interview top athletes. They all said the same thing. Practice is more important than any talent. That you can have all the talent in the world, if you're not willing to apply yourself long term, you'll be out of there pretty quick. Then I began finding something else out, very interesting, the athletes that we called masters are the ones who are not only willing to practice, but in one way or the other most of them love long-term practice. In other words, they love the plateau.

A few years ago I was at the Seattle Seahawks training camp at the invitation of the offensive coordinator. I was watching them practice and then the whistle blew and they all shambled back into the dressing room to take their showers, all but one person. And he was way at the other side of the field. He was a pass catcher, obviously, a receiver. So he went out and got somebody to throw him a ball over and over again, over and over and over again, after everybody else was taking a shower. Now you might think, well this is just a rookie who is worried about making the team. This is some newcomer who needs extra practice, right? No, wrong. It was the all time leading pass receiver in the history of the national football league.

Practice, practice, practice. It's the oldest message in the world and today it is radical. There's no quick fix in it. So I'm saying these obvious things, and yet they're radical in this culture.

My favorite all time story, Ben Hogan, known as the greatest golfer, perhaps of all times, and especially noted for his ability to make comebacks at the end of a game under great, great pressure. At one of the opens that he won, a reporter came up, after Hogan won by making a tremendous shot in the last three holes, and said, "Mr. Hogan, how is it you can keep making these spectacular shots under such pressure?" So he thought for a minute. He was a man of very few words, as you know, and he said, "Well, guess I'm just lucky." As the reporter said, "But Mr. Hogan, you practice more than any golfer in the world." He thought for a minute more and he said, "Well, the more I practice, the luckier I get." And that's a story that should be told to young people today who still expect they can go out and if they don't get it right away, they quit. No,. We've got to get in here for the long term. And that's just the beginning.