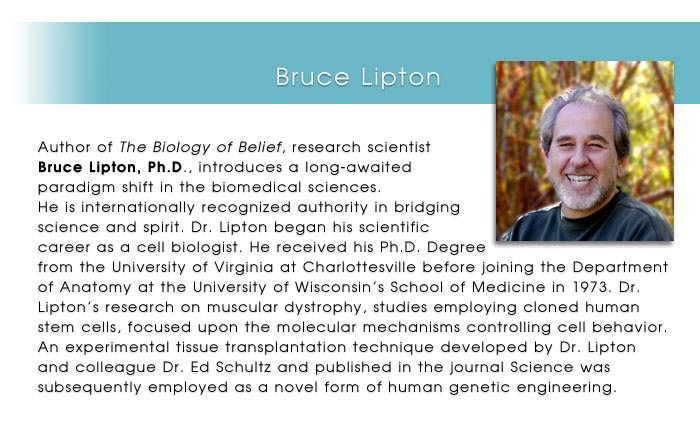 The Impact Of Maternal Emotions On Genetic Development Introduction
What we are finding now is that the physical system (body) is completely changeable - based on the perceptions and the belief system. In prenatal development, the perceptions and beliefs of the fetus is really the same perceptions and beliefs as the mother - and there are very good reasons for it. When you're developing a new organism, it has to survive in the world that it's coming into. If a child was born into an environment that is vastly different than former generations, it wouldn't be able to adapt.

The same holds true for a human. The mother has to pre-implant information about the environment into the child to prepare that child to live in this environment. New research deals with the fact that the genetic structure of an organism can change by the organisms interaction with its environment. Our previous concept was that genes change very little and that when they do, which is called a mutation, that the changes are random, and we considered almost all random mutations hazardous. Now we're beginning to find that organisms as primitive as bacteria can change their genetic structure to accommodate a stressful environment. It's necessary for survival. All of a sudden we began looking at the world differently.

Instead of biophysics, you get quantum biophysics. Quantum biophysics gives you a completely different understanding of the universe and of life and of evolution and of earth than regular biophysics. One of the things that we know in quantum physics is that the observer interacts with their environment by just observing it. Traditional biologists don't have that understanding. With quantum physics you must recognize that if you're doing experiments, you're an observer of your own experiments. You are participating and the observer creates or impacts the world they observe.
A fetus perceives the environment through its mother's chemistry, it's mother's thought fields. Thoughts are electromagnetic fields. The child is being guided by the experiences the mother is having with her environment. The fate of a child is impacted by the mother's perceptions of her environment. If we recognize this we can find ways to increase the experiences, which give rise to more healthy offspring. Two years ago this would have been only a possibility. Now it's a certainty.

Our new understanding deals primarily with basic experiments with bacteria. You put bacteria in an environment that's stressful and they'll mutate their genes. The mutations are not random. They selectively made mutations to accommodate environmental stresses. If bacteria can do that, humans can do it infinitely better. It is fundamental to survival. Anything in biology that is fundamental to the survival is maintained through the lineage of organisms.

For years it's been a dogmatic belief that genes switch themselves on. For example, that the cancer gene switched itself on. This is giving a lot of power to the gene. Although there has never been anything in our history of biology where anyone could show how a gene turns itself on. We just believed that. That leads to a dogma in the field called the primacy of DNA. Primacy meaning first cause, the causality of life is due to the DNA. We ascribe to DNA powers which it really doesn't have. The truth is a gene cannot turn itself on. A cancer gene can't just say today I'm turning on. As we understand it now, the genes are turned by environmental signals. All the sudden the genes are responsive to the environment. Once you recognize that simple truth, then one must pay attention to the environment because the environment is switching the genes, especially in the earliest stages of development.