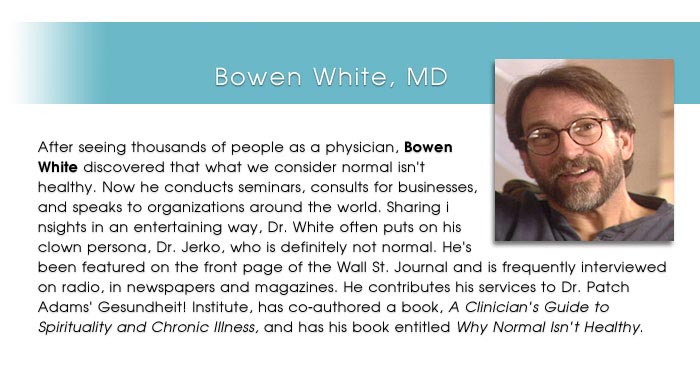 As a parent we show the world how adequate we are as parents through the performance of our children, we focus on their behavior and their behavior is a reflection of our competency as parents. So the most important thing in the relationship between parent and child is the behavior of the child, not the being. And they're going to do things wrong to learn the correct behavior sets, they're going to make mistakes and then I as a parent correct them when they do it wrong and then reinforce their feelings of inadequacy and don't create a scenario by which they're really going to be open to share the mistakes that they make with me. Because I haven't risked creating the environment where they feel safe enough to do that because I haven't been vulnerable. I haven't modeled the possibility.

Much of what we do with children ends up reinforcing their feelings of inadequacy and insecurity. The very thing we don't want to do we end up doing simply because we're doing with them what was done with us.

What you want to do is not be vulnerable. If you're vulnerable you're open to attack. If you risk being honest with the other person, they might see you as inadequate. So we don't risk authenticity. Because of our insecurities we stay safe and we project images to the surface of life that we think people want to see so they'll hold us in high regard. We want to build the steam in their eyes because we don't have self-esteem.

We can learn anything. One of the most fundamental things I've learned as a person is that I may not be that smart, I may not be that intelligence, but there isn't anything I can't learn. I can learn anything. You may learn it faster than I learn it, but it doesn't matter how quickly you learn, what's important is what you do with what you learn. So learning requires making mistakes. So I'm not as concerned with the mistake making process as I used to be.

What do people say when someone sneezes? What do they say? God bless you. And what do we say when someone makes a mistake? You dummy! You idiot! I think we should just switch the process. You're out at a restaurant, somebody sneezes, you say, what are you doing? You're blowing germs all over the place. Get out of here. Somebody makes a mistake, they drop the dishes, we say bless you, you're only human. So we just switch. Mistakes are much more frequent than sneezes. Any way that we can trick ourselves into figuring out another way of changing our orientation to that learning process, helps us bring energy available to help push culture.

So you go to the soccer field, you know, will the pre-school league please meet on the midget field and the kindergarteners meet over on field number two, and we've taken that original play time and organized it into zero some games with winners and losers. And I have had the experience as a parent, my kids wanting to play soccer and seeing my second grade daughter out there playing soccer. She's a wonderful soccer player and the games over and they lose the game and I say, "Jordan wow, you did a great job. You kicked that ball. I couldn't believe it. That was really neat." "Aw it doesn't matter. We lost." "Jordan it doesn't matter whether or not you win or you lose. I mean sometimes you win sometimes you lose. Did you have fun?" "Aw it wasn't fun, we lost."

We know people that we're safe with. We feel it. There's some, our sensors pick it up. We don't feel like somebody's trying to manipulate or control us. But I think all of us can make the choice to enter that space and to be a safe person to be with, even if other people aren't.

I wanted to take my clown to church, knock on the door, "God home! I was hoping he'd be in today!" Is that okay? I mean I think authentic prayer and authentic play are connected. There's something going on where there's some kind of union, some sort of connection that's holy. And nothing else is required. No explanation. No theology. No rationale. Something is happening that's holy and sacred in that space.